I got my hands on a copy of Mystic Nights, a survival horror game for the PS2 realeased exclusively in Korea. The game's text is all in Hangeul (Korean writting system). I extracted the ISO and cracked it open in hopes of translating the game to english but i can't figure out where the text is stored. I've located graphic files (TIM2, .TM2) nested inside of .RES files (resource files?) I was able to extract those TIM2 images with an executable i found on romhacking.net. I noticed that there are TIM2 images holding character tables for hangeul. I can't really see any other pertinent files that may hold text besides two large binary files DATA1.BIN and DATA2.BIN. (each about 500mb in size) If this were a japanese game, i would search the binary files for JIS encoded text... but unfortunately that is not the case.

Any ideas on how i could proceed?

disassembly binary encodings
Share
Improve this question
asked May 21 '19 at 16:55

This is what a got for you. I think if you going to translate this is going to be more complicated that you think because of the way the company program this game, but anyway...

I am using PCSX2 to execute the game and GameConqueror(alternative of Cheat Engine on linux) to check the memory.

First I though that the game was importing the text from a file and mapping the characters from the text file on the image to show it graphically so I got to the point in the game where it show ASCII character like here: 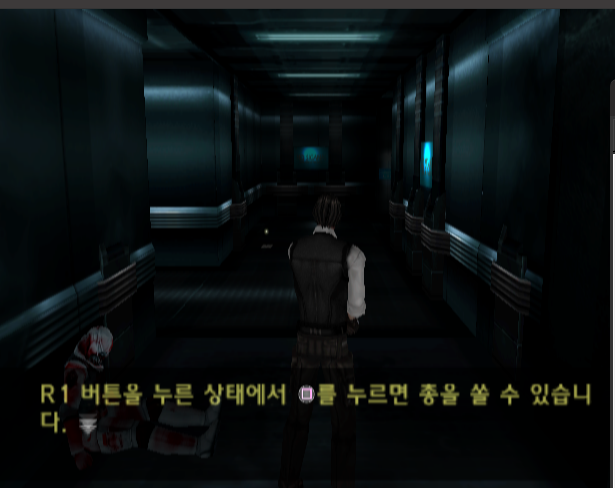 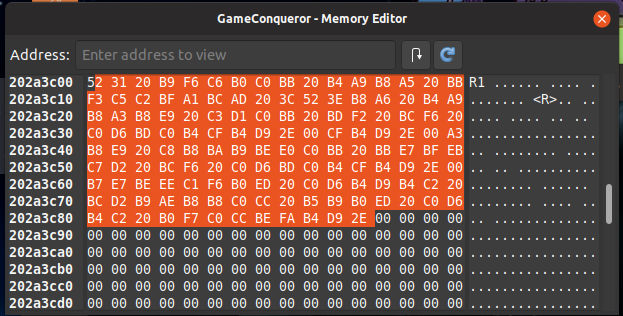 By now I know that indeed they are using some ASCII and that they are importing it from a file so I extract the files inside of the iso image, enter to that folder and then I start searching in the files for those hex values with:

Great! Then I opened with a hex editor and search for the values. If you do that you will notice that they are using some type of syntax to tell the game what to show. In this case they show a text type 'TIP'

I think that by now you could start translating but I wanted to go beyond and disassemble the code to modify it because there is going to be a problem if you translate that file (I will address that later) so with PCSX2 debugger I add a breakpoint to 0x202a3c00 and I got two functions that access to this address:

I use Binary Ninja to disassemble it better (PSCX2 debugger sucks) but I had some problems... I wanted to use Hopper but I need to install some plugins and is too annoying... If I use IDA pro I have to buy it because is mips.... So I guess there is not other option than translate that file. The problem with translating that file is that you would have to come with a translation with less bytes than already is. For example.

The text in the first image has 57 bytes. Meaning. If the translation is more than 57 ASCII characters then you would have to come with a slightly different translation. If it is less then that its easy because you can fill it with 0x20(spaces). 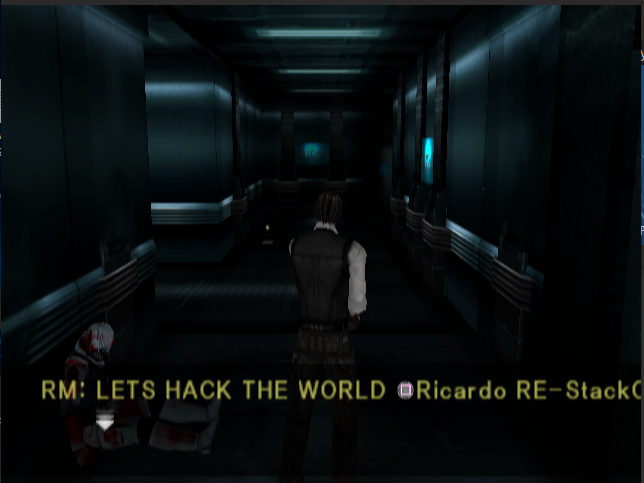 So what encoder are they using? I'm not an expert on encoding formats but I'm pretty sure that they are not using an standard one and they decide to came with a custom one. I know this for 3 reason:

UPDATE: Thanks to @IgorSkochinsky to check the encoder with different method. It is EUC-KR

I would try CP949. Of course, this assumes that text data is not packed or encoded, which can happen too. Maybe try dumping/searching the emulator process memory at runtime (add UTF-16 too in that case), then try to track down how it appears there.

EDIT I missed originally that the game is for PS2. In that case UTF-8 is unlikely, as well as plain text data in the emulator memory. In fact, they might compose glyphs manually without using a standard encoding, or just store all text as images (I noticed that this is quite common on Korean websites). Still, tracking and manipulating the game’s memory in the emulator process should allow you to find the data (be it text or graphical). For example, check out this write up on extracting 3D models via emulator process tracking:

Not the answer you're looking for? Browse other questions tagged disassembly binary encodings or ask your own question.

3
sub-ghz radio encoding 6 bits
1
Base64 encoding with missing padding and many uppercase letters
5
Does anyone know this encoding?
0
Recognizing a possibly obfuscated character encoding used in a database
13
How should I approach reverse engineering this text encoding?
1
Encoding method of float
1
What encoding is this?