Confused about a firmware binary

I'm trying to reverse engineer an ARM Thumb2 firmware binary, and I've come across a few oddities. Parts of the file when treated as RGB binary data form perfect images, which seems unusual for a firmware file, and when visualised by turning each byte into a greyscale pixel (0x00 as magenta for clarity) around the middle of the file there's a large section of nulls with 64 strips of data that seem to line up perfectly with a width of 404px: 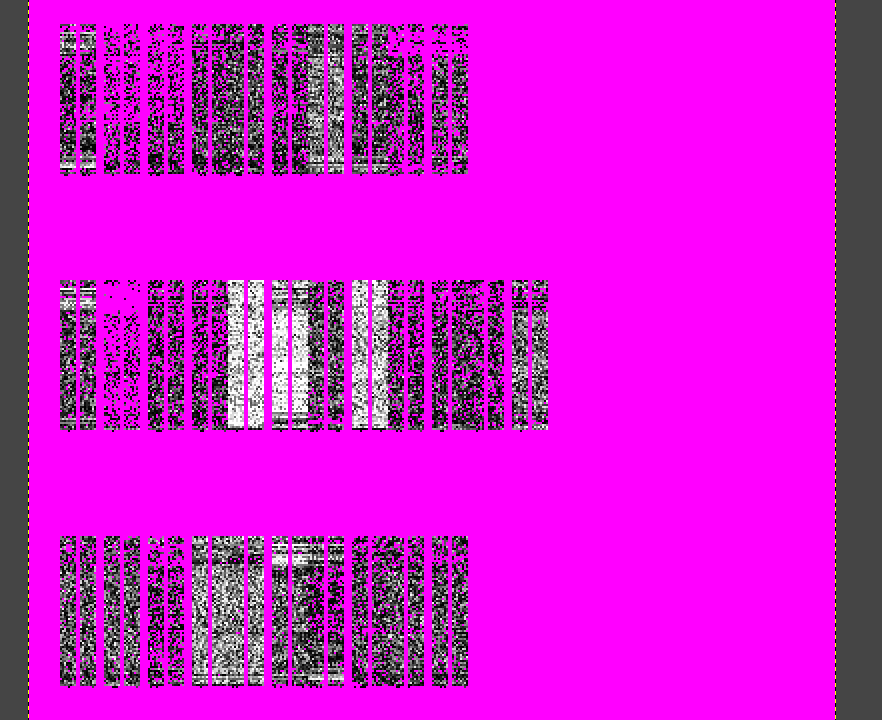 These strips are exactly 8x76 and appear to form pairs. Attempting to extract them and decode as raw image data resulted in garbage, and I'm at a bit of a loss as to what they are and what they're doing in a firmware binary.

The target processor for this binary is a Xilinx 7000, and the start of the binary does appear to contain FPGA data for this. The binary is at https://drive.google.com/open?id=1rmCRP_mdGLx4QQ4HurL7a3TEiXe_kHn3 and if anyone has any idea as to what those strips (or other parts of the file too, to be honest) might be, that would be amazing.

After searching for the constant 'XLNX', it turns out this firmware file format is defined here. You're lucky because the encryption field is set to 0x0 (None).

Now the question is, what do you really want to do with this image? You only want to extract image files?