I recently got idiotly scammed one of my discord account but kept the malware in case.

Curious, I would love today to break into the executable to fetch any information about the scammer.

I decompiled the program using IDA, and found out it was a NodeJS program. However, I still can't find the actual code of the scammer that took my token... I am sure he is calling a webhook, connecting to a bot or something that leave his token in it.

I can see in IDA multiple calls to a folder named .nexe/ which looks to me like the name of the compiler used: nexe.

I don't know if nexe obfuscates the code, if there is better decompiler apps for NodeJS executable.

Here is the most complete source code of this malware I can find. its malware known as piratestealer: https://github.com/teddybearsz/shitasssrcdonttouchitpleasepleaseplease/tree/ddc994942e2c0a79fc5d5e54d4a0e158fa0e5d51/src/

A LOT of the endpoints supporting this were taken down. https://stealer.re/ seems to be back up after going down for a bit, so they probably have updated their /injection endpoint which loads in JS that gets bundled into discord (and/or betterDIscord)'s .asar file.

A domain name primefa.xyz that was being queried for during runtime which resolved to the IP mentioned above, but is no longer as ICANN put the domain on hold after reports to the .xyz TLD in Las Vegas.

Stanley leads on more than he puts out. His GitHub profile claims he is 13 and regrets making the malware, but from screenshots obtained by a friend of mine, he was working on getting his endpoints back up when they were taken down due to abuse reports.

On stealer.re you can input a webhook and a .ico file, and it will build you an EXE that you can use.

If you look at the webhooks that the /injection payload sends, and then make a GET request to it without any parameters, it will show you this

How did you manage to find the url vmro? Join: https://discord.gg/NmatMp9K5V and I gib u party vmro! 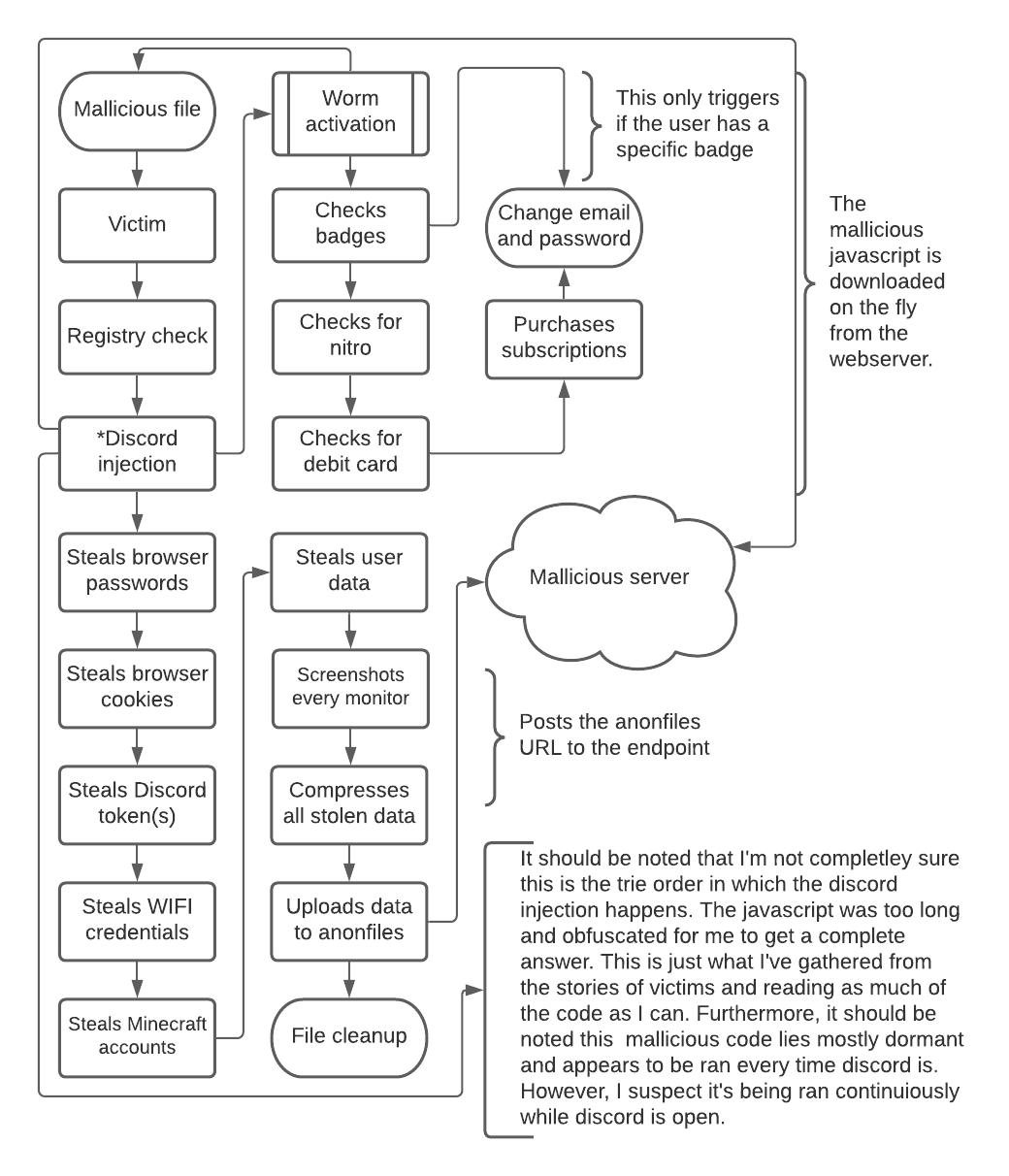 Not the answer you're looking for? Browse other questions tagged decompilation decompile decompiler or ask your own question.