Reverse Engineering of a packet encryption function of a game

I am trying to make a game server emulator for a specific MMORPG (Perfect World). I know the basics of how the network of the game works and the structure for some packets, but they all are encrypted, except for the username in the login packet.

This is before I find the call to send, when I send a chat message in the game I see this: 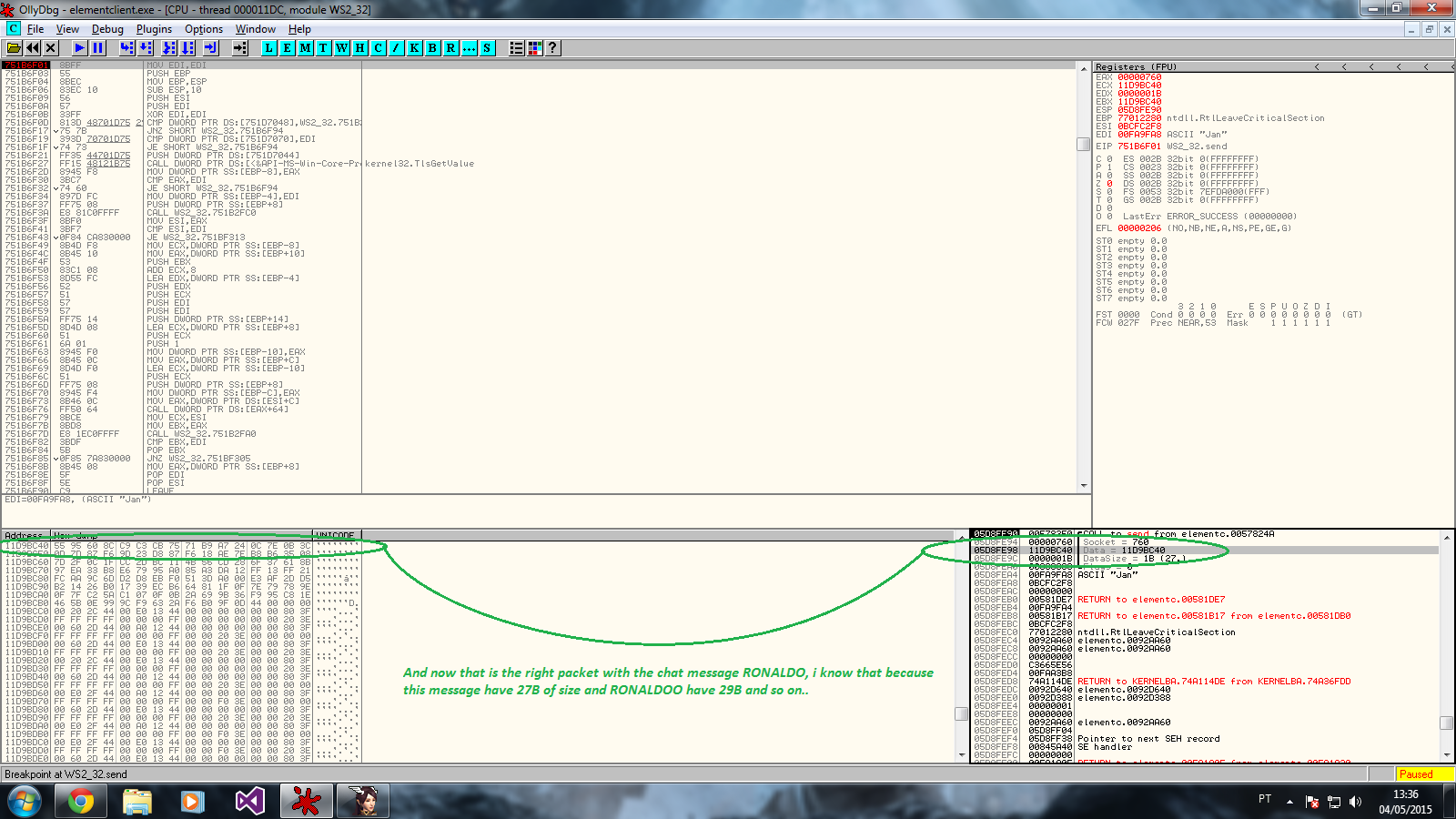 Now, that was when I found the function which call send, and the dump for each line of this function until the send call: 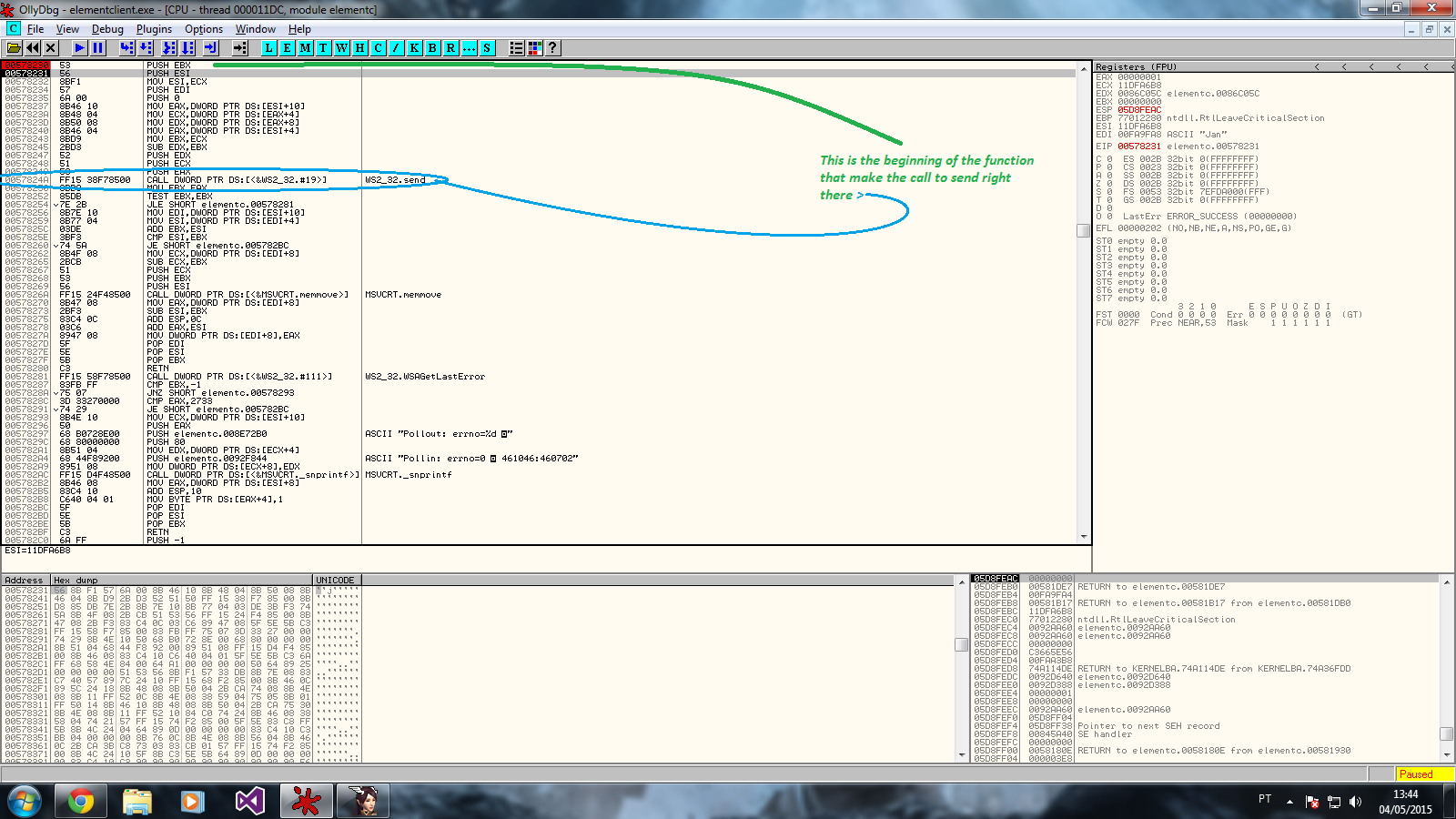 I have more screenshots of the dump for the others lines but I do not have the reputation to post more than two links per time, so I will post the others later if someone wants them.

My question is, where is the crypt function? And how does it work in a language such as C++?

First I would run some static analysis on the application such as Findcrypt or ProtectID and PEID's Kanal plugin to scan for known static values used in various encryption algorithms. If you find something, check which function accesses them with cross referencing (X in IDA, CTRL+r in olly) and you will get to the encryption function(s) or at least very near them.

If that approach fails, you can start tracing in a dynamic debugger such as olly. You found the send function, you could start tracing back on the call stack. Select the top of the stack and click follow in disassembler, which will get you to the function that called the send function. Place a breakpoint on the top of that function. Repeat this multiple times, heading back in the call tree, and observe the variables the function is called with until you see the data to be encrypted.

In your second picture, you show the function that calls send() with the encrypted data. You should go back more levels to get near the encryption method.

Search for relevant strings in the binary (Shift+F12 in IDA), for example : "key", "crypt", "password", and cross reference to find out which function uses it.

You could also put a hardware breakpoint on the data you know will be encrypted at some point, and check where it is accessed.

Also there are a few posts about this game on ragezone and elitepvpers, if all else fails they might be able to help you :)

0
How to identify the encryption in packet data using OLLYDBG

7
Tracing to a function during debugging?
2
Reverse Engineering an Encryption Algorithm
2
Understanding a messengers protocol encryption
0
Reverse Packet Encryption with server side checks
1
Unable to find Send/Recv type calls in Network Application
1
NOPed encrypt/decrypt functions in a Path of Exile client and now it crashes without message. Next step?
2
Help regarding XOR game decryption algorithm