I am working on the binary bomb labs and i just disarmed the bomb i am planning on solving it through a debugger and work start to work on my dynamic analysis skills or i.e debugging my real question is how to patch or modify assembly instructions in gdb?

As a GDB method has been presented, I will draw attention to other methods which are generally easier with other software to alter the program.

Move the cursor to the instruction to be modified, and in the edit menu select either patch to NOP (i.e. nullify instruction) or 'assemble instruction' which accepts x86 and ARM instructions. 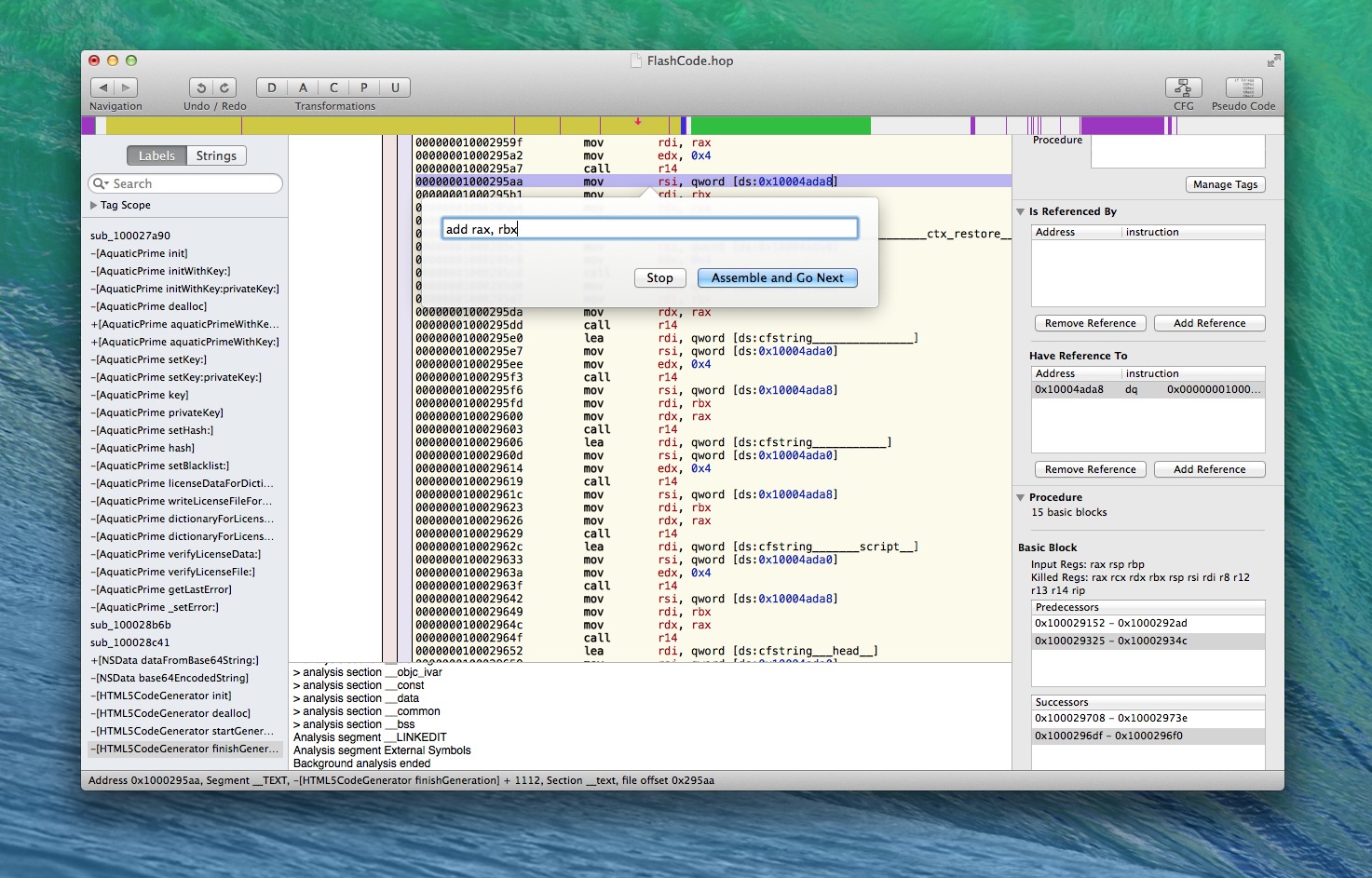 It inserts the appropriate operation codes, and takes care of any offset adjustments to ensure the insertions do not affect the rest of the program. You can then run the program as modified and debug, or produce a new executable (ELF, Macho-O, PE/COFF).

Enable the patching menu by editing the idagui.cfg (with an editor with elevated privileges):

Use the patching menu under Edit to insert raw operation codes. Note by default IDA only auto-assembles for the IBM PC; see the Intel or ARM manuals for opcodes. IDA can then produce a new executable but often it may not work, and instead you need to resort to producing a .dif.

If you would like to create a patcher, I recommend dup2 patcher. Once you have your new executable, compare the old and new for differences in the raw hex, and then specify the changes that need to be made into the patcher creator. (Either it replaces something at a specific offset, or searches for a set of bytes and replaces those.)

Remember that manually editing the assembly instructions of a program is not the only way to alter control flow. Instead, you could use a DLL hook; see for example the InfoSec article here.

You can use the set command to enable writing to the executable's .text section:

But keep in mind gdb doesn't have a built-in assembler so you'll need to know the bytes that you need to patch in ahead of time (via nasm or some other method). Depending on how complex what you're trying to do is it might be easier to just modify the necessary registers.

Not the answer you're looking for? Browse other questions tagged debugging gdb or ask your own question.

6
GDB Error "Too many array elements"
8
GDB via JTAG on ARM Hardware target without source code
7
GDB issues: Can't set breakpoint on Obj-C method
0
How To Set Breakpoints On An Assembly Program Not Compiled With Debugging Symbols?
0
Program gets terminated when debugging
1
How to set a breakpoint in an execve'd program in radare2?
0
How to change the title of a windows GUI app when patching? (the title that usually writes the application name)