How should I reach my shellcode?

I am trying to exploit this little program I found on opensecuritytraining.info. But, somehow, I am stuck at this point. What I did was to create a file which gets read from the program. Here is the code I am using for this:

So, I am stuck at this point where I am overriding the buffer with \xCC, But my question is, when I am placing another jump code where the CC's override the saved EIP register. Can I jump further backwards to where my shell code takes place ?

I mean in principle this should be possible for some tweaking or adjusting of the exploit code itself. 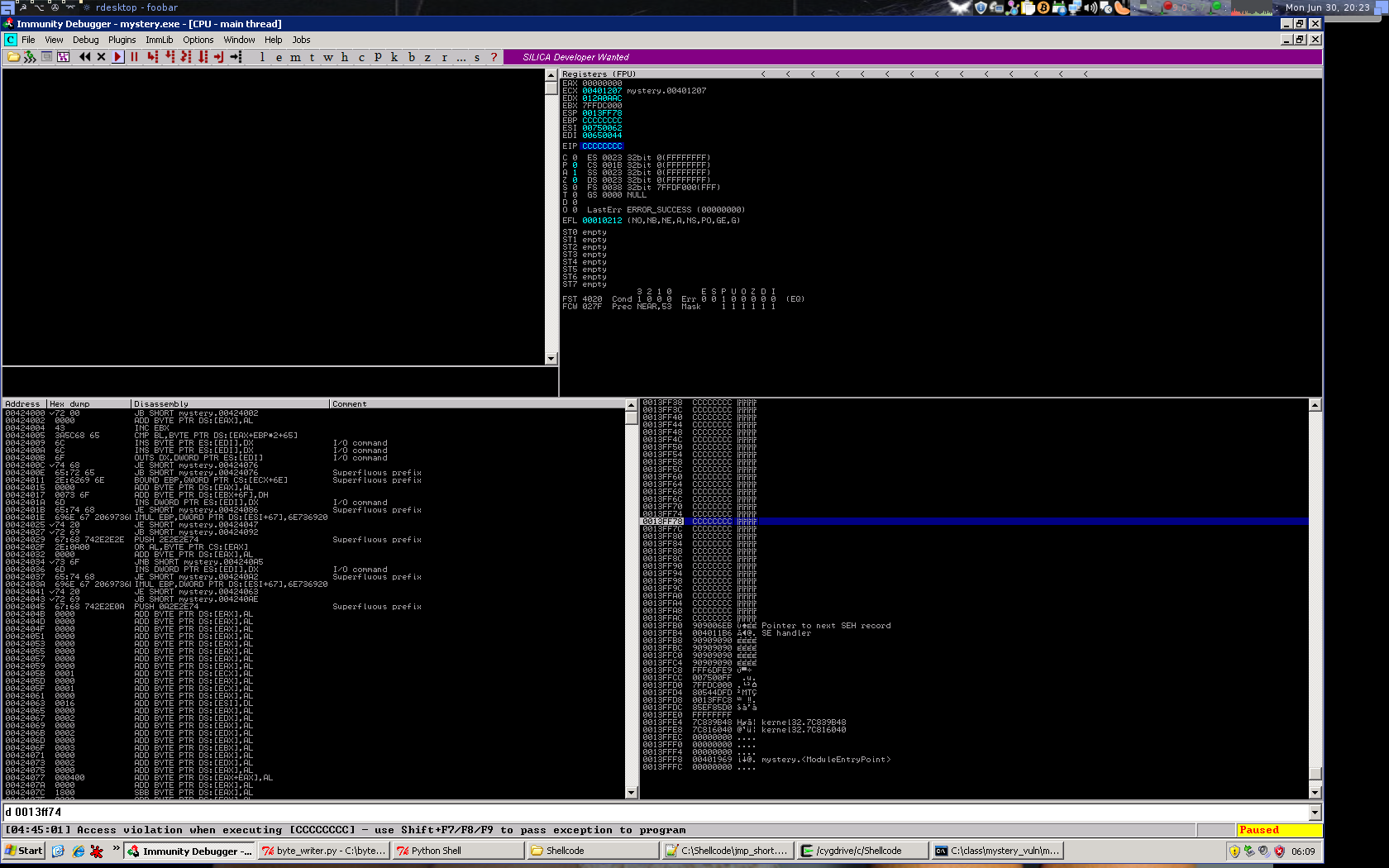 As far as the screenshot depicts, I can say that you are on the right track. You have correctly, overwritten the Pointer to NextSEH and SE Handler.

When an exception occurs, System Exception Dispatcher routine kicks in and it's sets up it's own stack frame. The structure of the ExceptionHandler is pushed to the stack.

In SEH overwrite scenario, an attacker is lucky because, System Exception Dispatcher routine places the EstablisherFrame value on the stack at [ESP+8] before this ExceptionHandler function is called.

EstablisherFrame is the pointer to the NextSEH record. An attacker is able to control it by overwriting NextSEH record with arbitrary memory address.

Once, you pass the exception System Exception Dispatcher passes the control to the SE handler and the exception handling code is executed.

Please accept my apologies if there are mistakes in the answer, and please help to improve the answer so that it's useful to the community members.

Yes, you can simply jump backwards. Control flow should reach your NOP pad, you can code your trampoline in there.

Not the answer you're looking for? Browse other questions tagged windows x86 buffer-overflow or ask your own question.