Bin file is not only storing 0s and 1s, ASCII or otherwise

Upon checking out a binary file, and according to convincing evidence, .bin file extensions are supposed to denote a file type which stores its data as 0s and 1s, or 31/32 in ASCII hex(ASCII character codes for 1 and 0). Upon entering a file I noticed that it doesn't just store 0s and 1s: 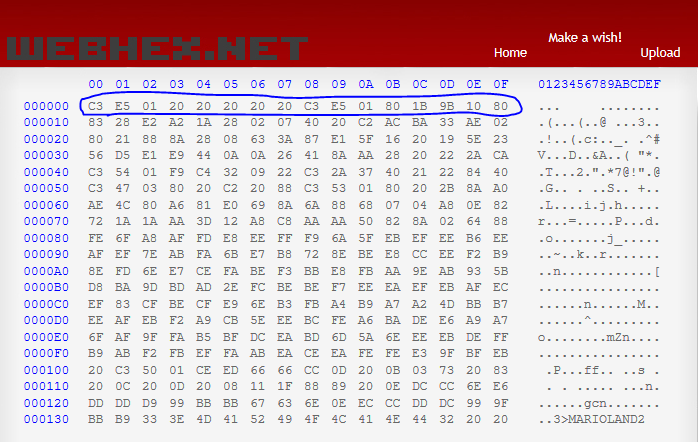 The first sixteen bytes fall within a possible 8-bit value (range: 0-256), which makes sense since each value is a byte. But my questioning is, since it's called "bin", why does it store values like every other file? What is the difference? The values are not 1s and 0s, but values falling anywhere between 0-256 per byte. That doesn't add up to me.

Why is it called a binary file when it stores byte-ranged values the same as any other file would? How is a bin different than a jpeg?

From the Wikipedia article to which you linked:

A binary file is a computer file that is not a text file; it may contain any type of data, encoded in binary form for computer storage and processing purposes.

That's what you're seeing in your screenshot above, but the hex editor you're using is displaying binary data (0s and 1s) in hexadecimal form to make it more readable.

If you prefer, you can use a hex editor like 010 Editor which will happily show you the content of the file as 0s and 1s instead of in hexademical format (View --> Edit As --> Binary in the program's menu bar).

It seems you're new to Hex. You can think of Hex as a compact form for binary. The following table might help you:

Not the answer you're looking for? Browse other questions tagged binary-analysis encodings hex or ask your own question.

5
Storing barcodes as ASCII
4
Locating Memory Allocation Functions from Static Analysis
5
Reversing a 3D file format from 2001
1
extracting data from binary file
2
Need help unraveling the format (time, string, float/decimal, integer/float/decimal) in .dat file
1
Basic clarifications about .hex and .bin file
4
How can the problem posed for disassembly by the mixture of executable code and literal pools in ARM firmware be overcome?
1
Need some pointers to decode/decrypt/unobfuscate JSON files (updated with related scripts)
0
Convert series of hex digits represented as ASCII-characters stored in a .txt file to raw bytes