What is j__ftol2_sse_excpt in IDA?

I was inspecting the c-pseudocode for a PE executable in IDA.

I found some function called j__ftol2_sse_excpt() 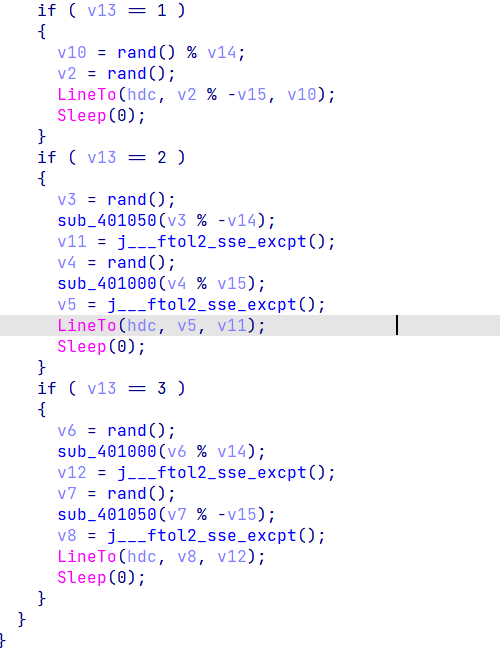 When I open that function I see that the function is calling another function named _ftol2_sse_excpt.

When I open that function, I saw this(I can't understand it) 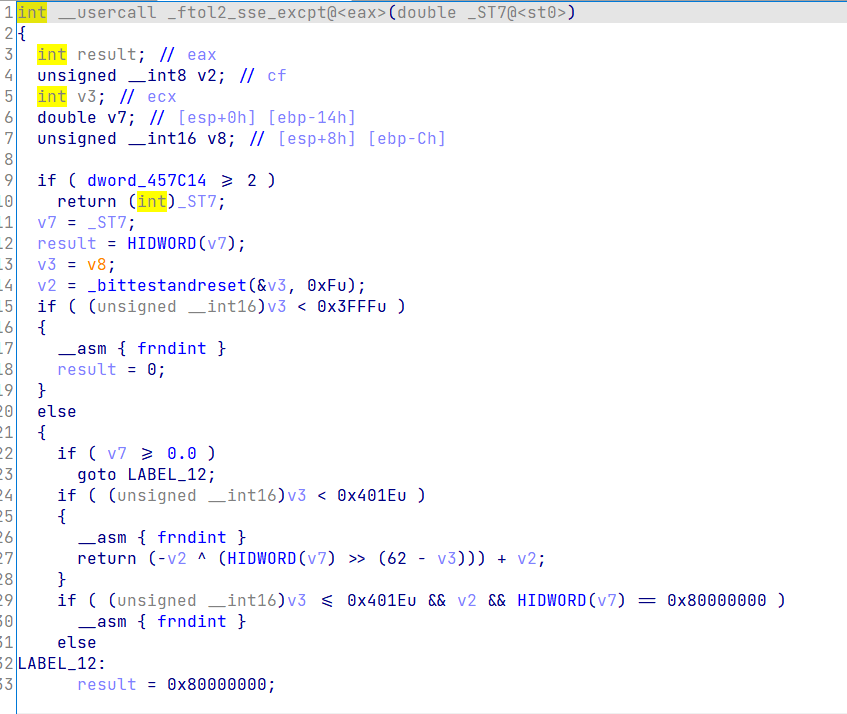 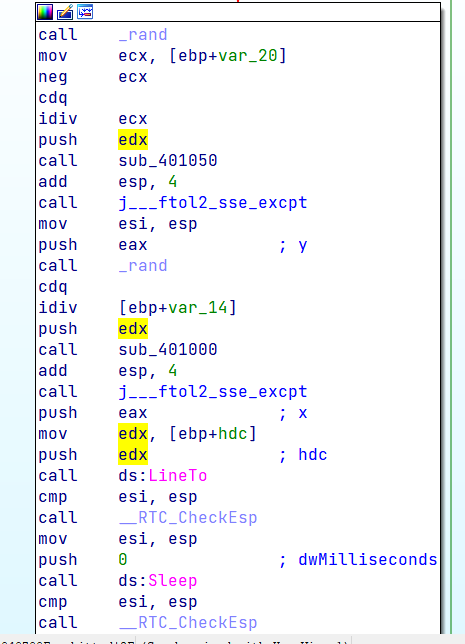 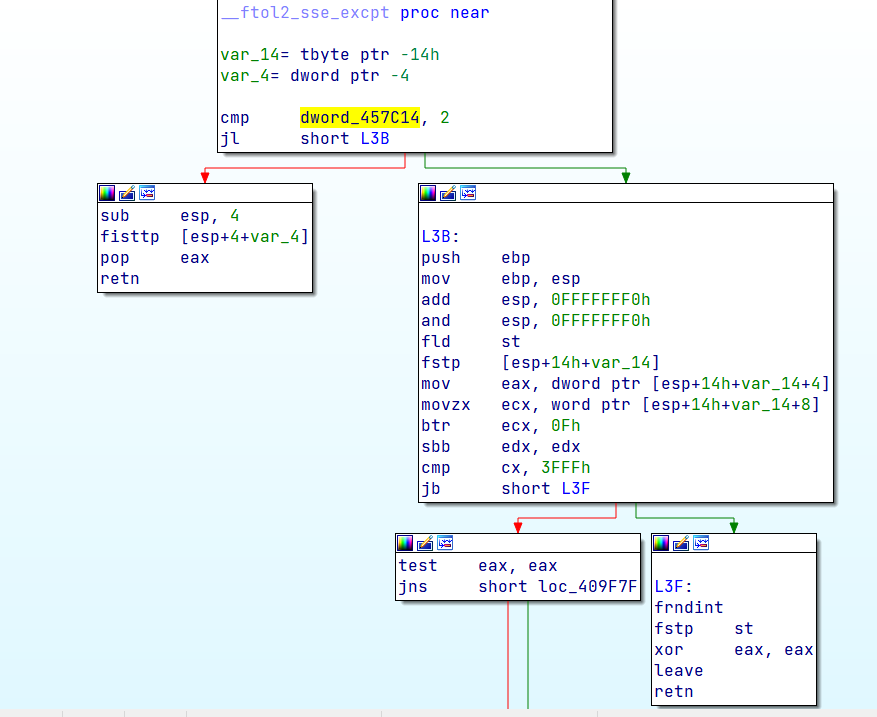 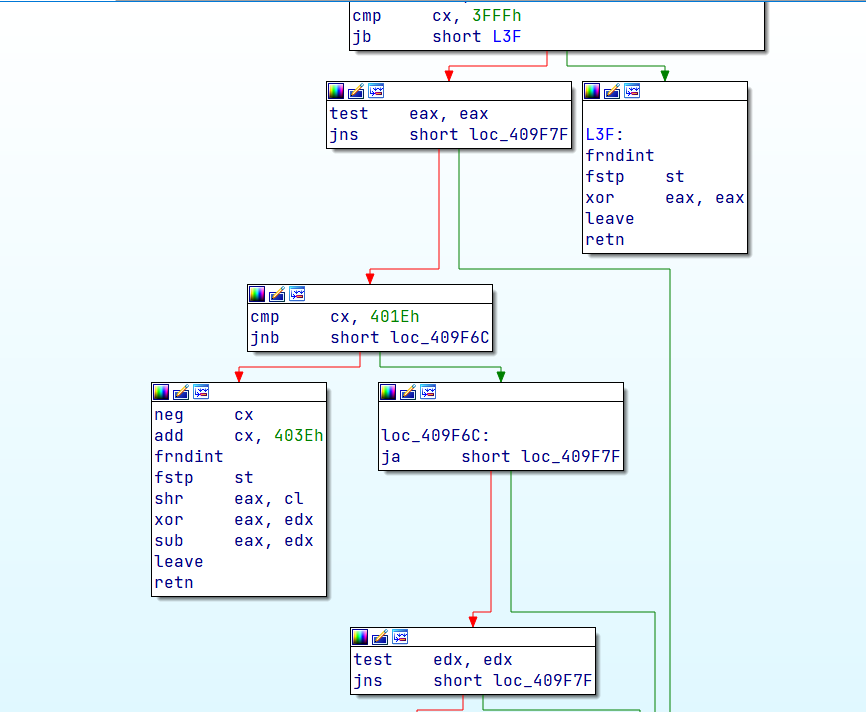 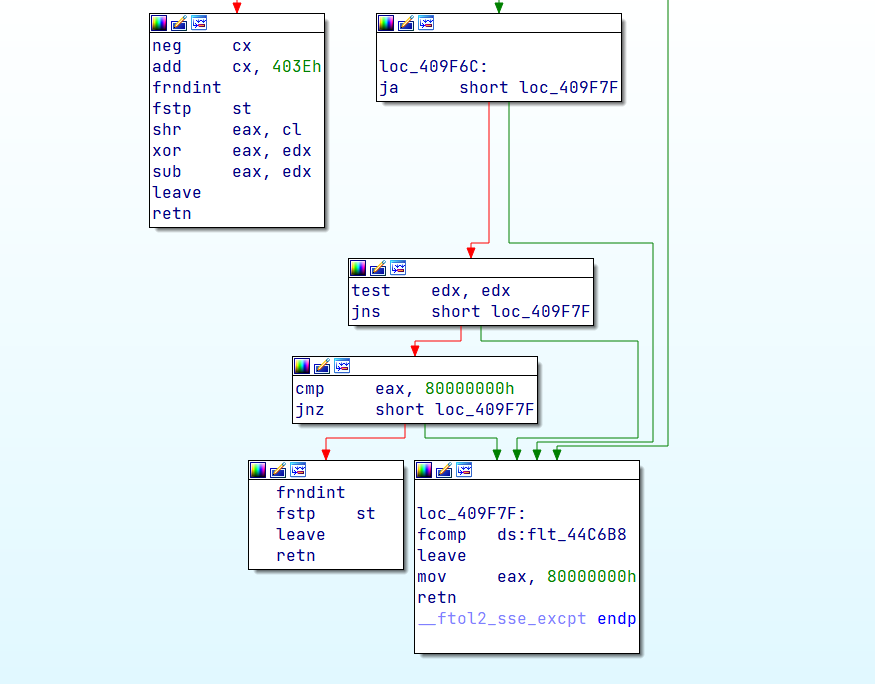 j_ prefix is used by IDA for functions which do not do anything besides jumping to another function, likely the real implementation. So the real function you need is ftol2_sse_excpt.

This function doesn’t seem to be documented anywhere but the name is very close to ftol which is the standard CRT function for converting a float to a long int.

ftol2_sse is an internal C function that is called when a cast or conversion is made from a floating point variable to an integer. It was first used in VC 2005 (8.0).  Before that it was ftol_sse and before that ftol.

The _excpt suffix probably means it can raise an exception (e.g. if called with a NaN value).

Not the answer you're looking for? Browse other questions tagged ida disassembly assembly or ask your own question.

10
What to do when IDA cannot provide a function name?
8
How to identify function calls in IDA Pro's disassembly?
2
Deobfuscating IDA Pseudocode
0
Red addresses in IDA Pro
3
Fixing '__asm' in pseudocode in IDA PRO (inconsistent fpu stack error)
4
IDA function never called and only cross-referenced as data
0
How to export function from exe file?
0
What's happening in the assembly main function?
2
Mov instruction from a pointed location at the beginning of a program
0
What is libm_sse2_sin_precise() and how to find it's parameters in IDA?