Why does IDA not show certain library functions in the function list?

This is very confusing and problematic. For example, in a certain executable, the winsock2 library is imported, but only CERTAIN functions from it are listed in the functions tab. However, they are NOT the only functions that are in use. I'm not sure right now, but it may be that the other functions which ARE in use, do not have the _imp_ prefix in the code, while the ones that are listed, do. But I'm really confused because effectively what I end up with is really misleading.

First, some background. When a binary imports an API function, the operating system loader stores a function pointer to that function in a location specified by metadata in the binary's executable headers. In IDA, on Windows, this section generally is named .idata and is colored pink. You can see a typical example in the following screenshot: 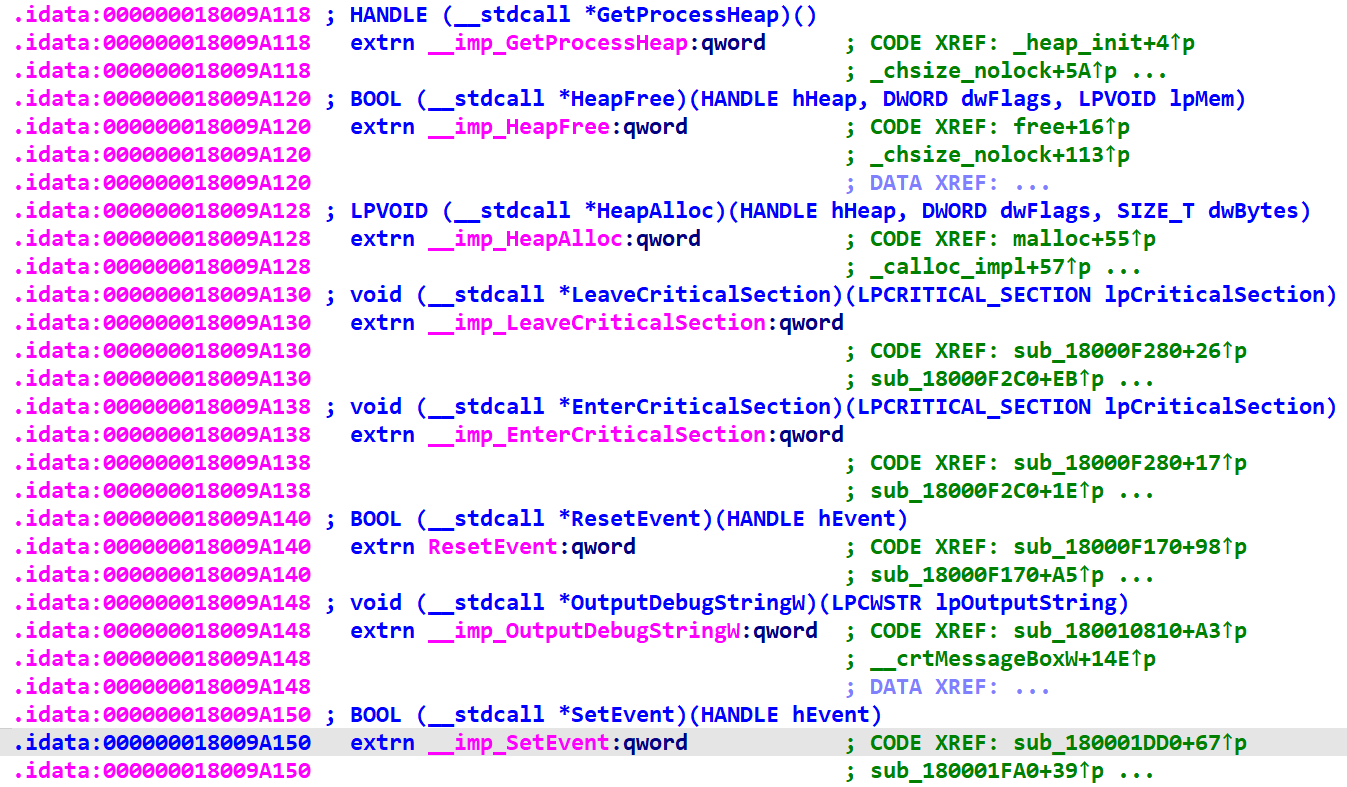 There are two patterns that code in a binary uses to invoke these imported API functions. First, you might see call instructions that reference the function pointers in the aforementioned .idata section directly, as in:

Secondly, for some API functions, the binary might include a so-called "thunk" function, which consists of one single jmp instruction to the imported function pointer.

18
In IDA, is there a way to add a reference to a dynamically imported function into the Imports tab?
1
Why I can not find all the functions using this IDC script?
3
IDA Pro/Hex-Rays FLIRT Signatures and Standard library function detection
0
Understand what it looks like standard lib functions not properly identified by IDA Pro
2
IDA Pro and recognized library functions
4
IDA python, list all imported functions
1
Recover Library Function ProtoType from IDA-Pro
2
Why would a vtable reference the same function multiple times?