Is that message mean the program has an anti-debugger?

When trying to debug a program using the x64dbg and in a specific step, the following problem happens: 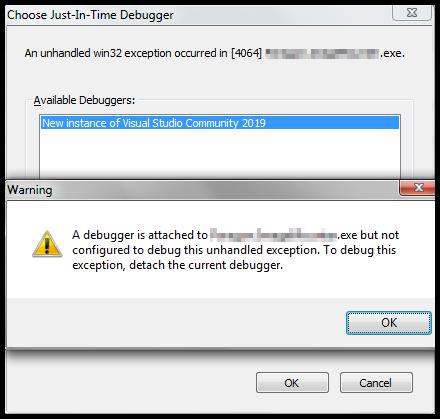 Is that mean that the program has an anti-debugger?
if not, why when debugging the program and in a specific step that problem happen?

It seems that an exception happens in the program you’re debugging but is not handled by the debugger, so it escapes to the OS-wide exception handler (WER) which offers you to handle it with the visual studio debugger, but this is not possible because it’s already being debugged by x64dbg so you get this error message. You have two options:

However, it is indeed possible that the program has some kind of anti-debugging technique which allows exception to escape to the OS instead of catching it in the debugger.

Not the answer you're looking for? Browse other questions tagged anti-debugging or ask your own question.