How I can interface the MCU without soldering?

My router has the following pin layout between flash memory and MCU: 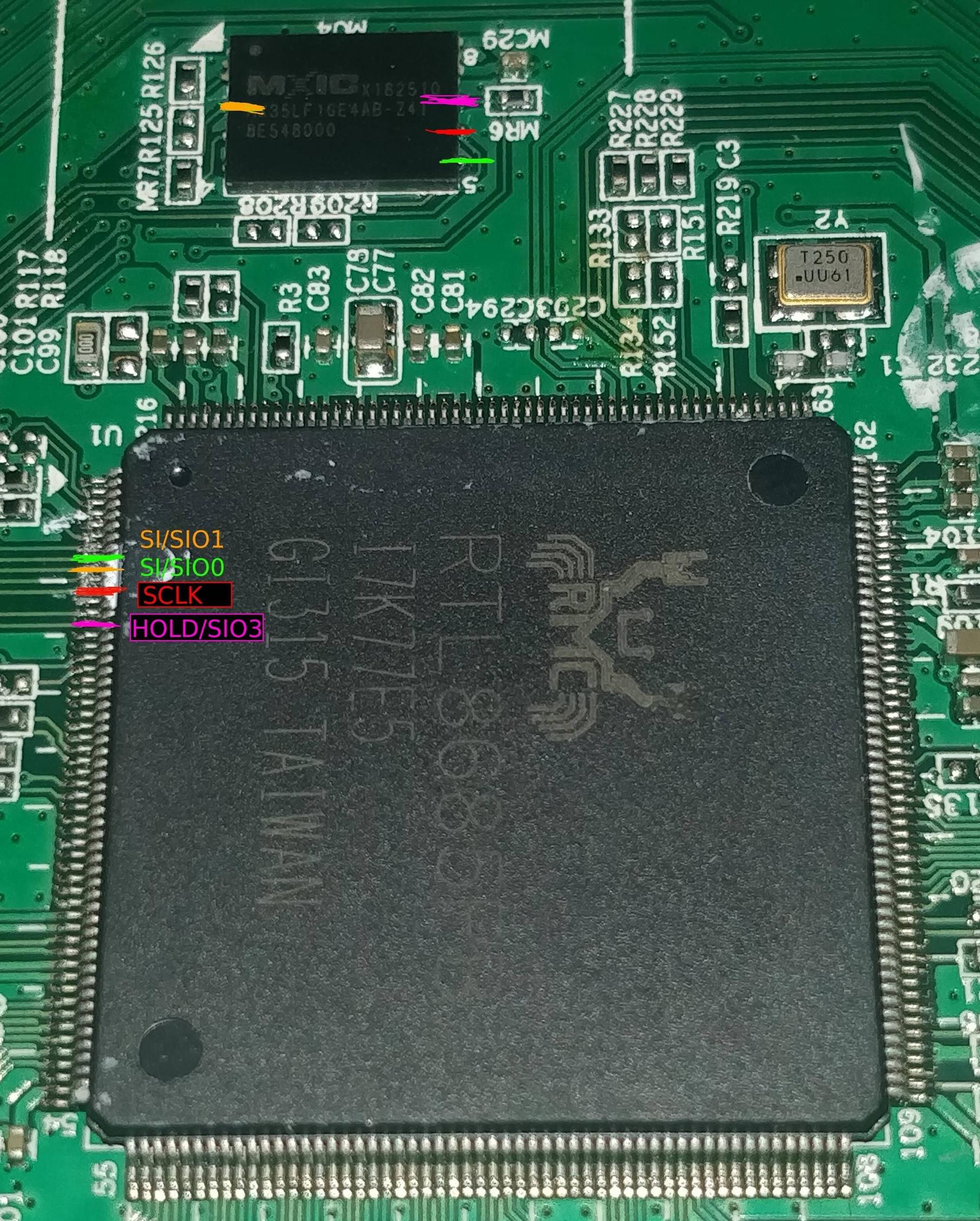 The big chip is the MCU from a Sercomm H300s router.

What I want is to analyze the signaling between 2 chips using the most accessible pins in the MCU. But I also want to avoid soldering.

How I can interface the big chip without soldering? Would clamps such as these ones or this ones do the job?

Also, how I can record any binary data exchanged between MCU and Flash memory chip in my computer, do I need a bus pirate or a logic analyzer?

Browse other questions tagged hardware router or ask your own question.

4
Potentially non-standard SPI communication
4
Flashing firmware on an embedded device
6
Identifying a toner chip and it's communication protocol to re-program it
4
router: how to break into boot?
2
Dumping a NAND Flash
1
Can a secondary UART be used to access the MCU?
0
Most idiot-proof method of entry to Reverse Engineer Visual/Control feed for security camera
3
How do I extract the firmware from this bluetooth speaker board?