How can I find out where relocated functions are in a Win16 executable in SoftICE?

I was able to follow execution from the entrypoint through to the Win32 message pump functions, but then I got lost - this is because the Win16 modules were relocated at different addresses than the base addresses displayed in Ghidra - which is especially confusing given Win16's the segmented memory model (which I still haven't groked, unfortunately).

I ran stack in SoftICE in the hope it would tell me where I was, but obviously the runtime memory addresses of the IP don't correspond to any location in the static image in Ghidra (due to relocation), but maddeningly while stack tells me that I'm in TOWER.EXE and not USER.EXE, none of the x86 opcodes currently executing appear in Ghidra's listing, so I'm assuming that I'm still stepping through Windows' code. 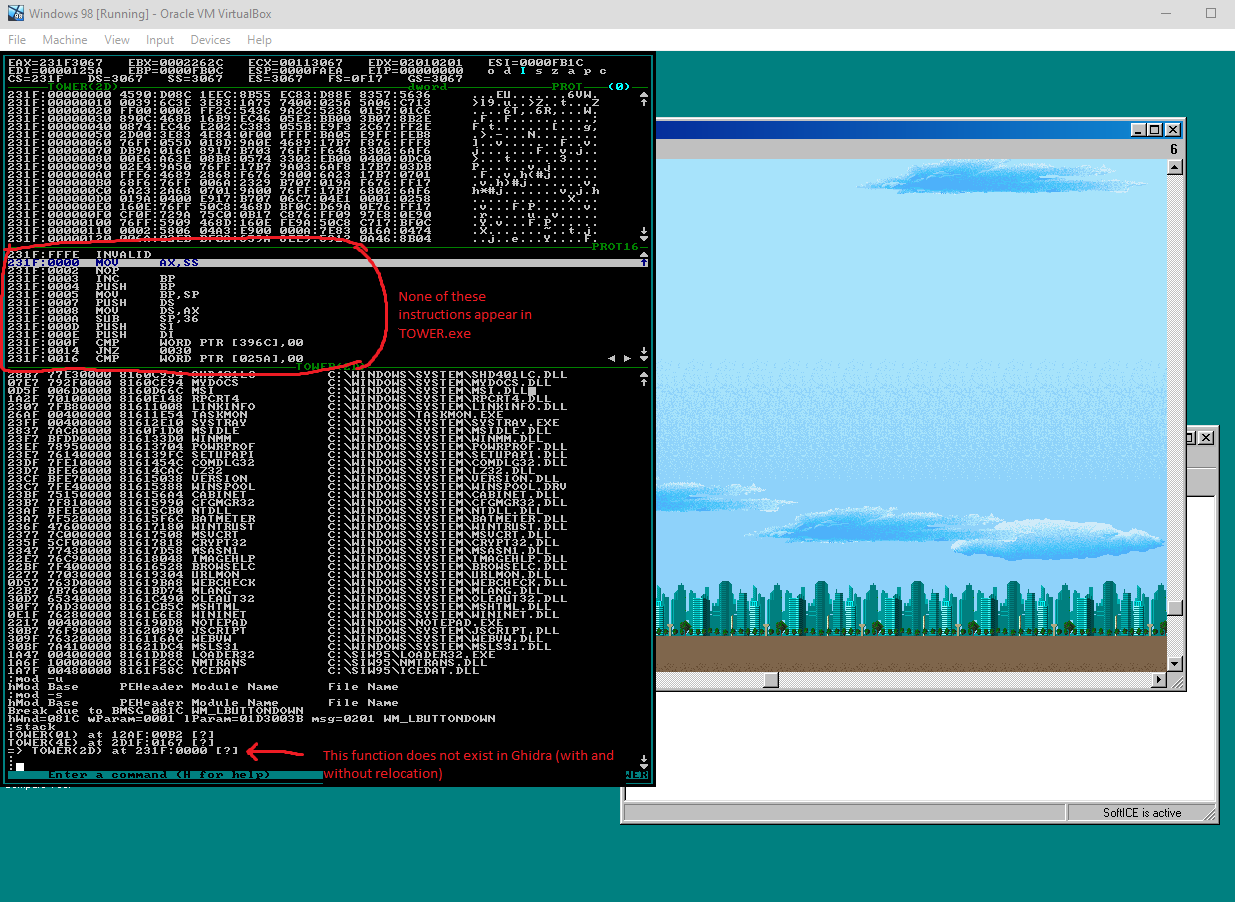 Browse other questions tagged disassembly debugging ghidra softice or ask your own question.

1
Executable code in the same location differs in memory and on disk
1
8086 Function Calling Conventions
1
With ghidra/x64dbg sync, how to display dynamic values in ghidra's decompile window?
1
How to mark data as pointer to external functions in ghidra
1
x64dbg Crash on Dynamic Debugging Remove Anti-Debugging Protection
2
How to propagate re-typed variables to functions signatures automatically?