How to reverse CGI file for MIPS?

I'm trying to load a CGI file to IDA in order to disassemble it and understand it's behaviour but I can't do it.

According to the strings command I can see some interesting words like system, sprintf, etc. And I know it's a MIPS file, But I'm not able to get something comprehensible in IDA.

Could anyone guide me to achieve this? Regards.

The Freeware IDA Pro doesn't support MIPS, so you won't be able to use it. If you can't use the paid versions of IDA, there are free alternatives. 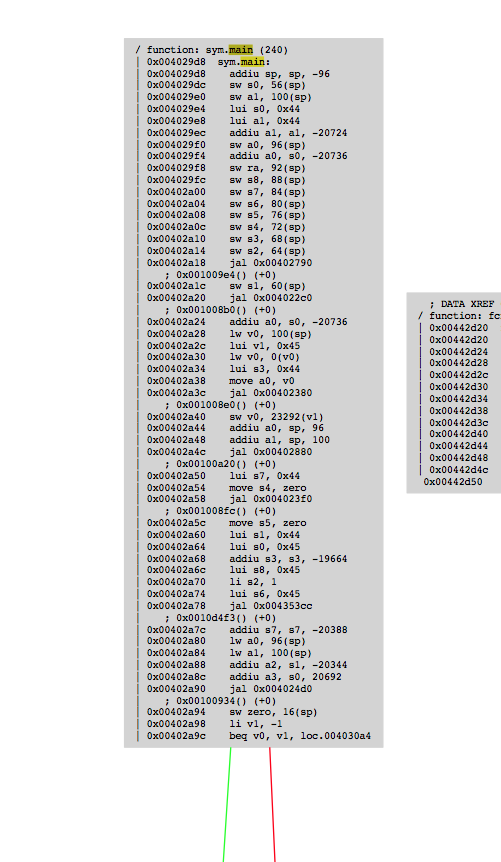 Note that the PDF this churns out is enormous, so you might want to just use pdf instead of ag produce textual output rather than dot files.

Not the answer you're looking for? Browse other questions tagged ida firmware radare2 mips or ask your own question.

319
Is there any disassembler to rival IDA Pro?