I am having an exe file that I am trying to deobfuscate and debug using dnspy. The exe file was written in C# and obfuscated with unknown deobfuscate according to de4dot! I tried to all my known methods to procced but still I was not able to fully deobfusticated it.

Opening the file in dnspy but the code wasn't readable, especially the methods and the functions name are in unicode form. 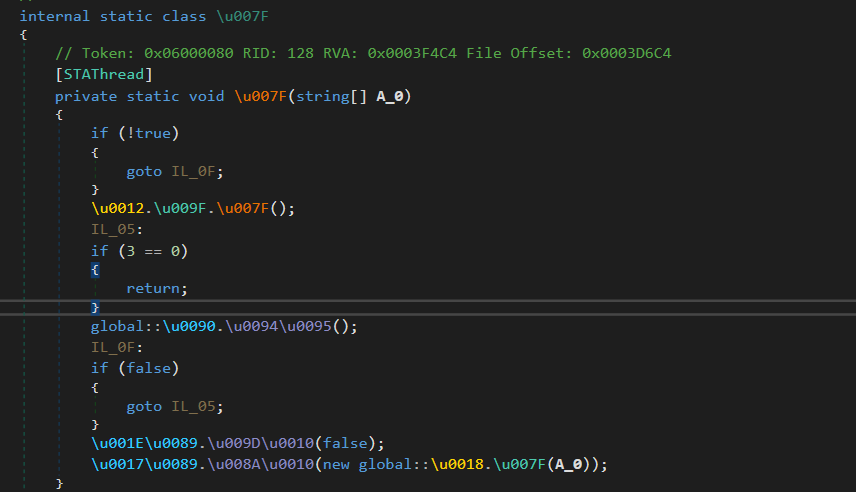 While looking through the code, I found that all "delegate" calls are referred to a function which takes an intger but I couldn't find any obvious return from this function, what I do think it returns the function and method name but... HOW!! 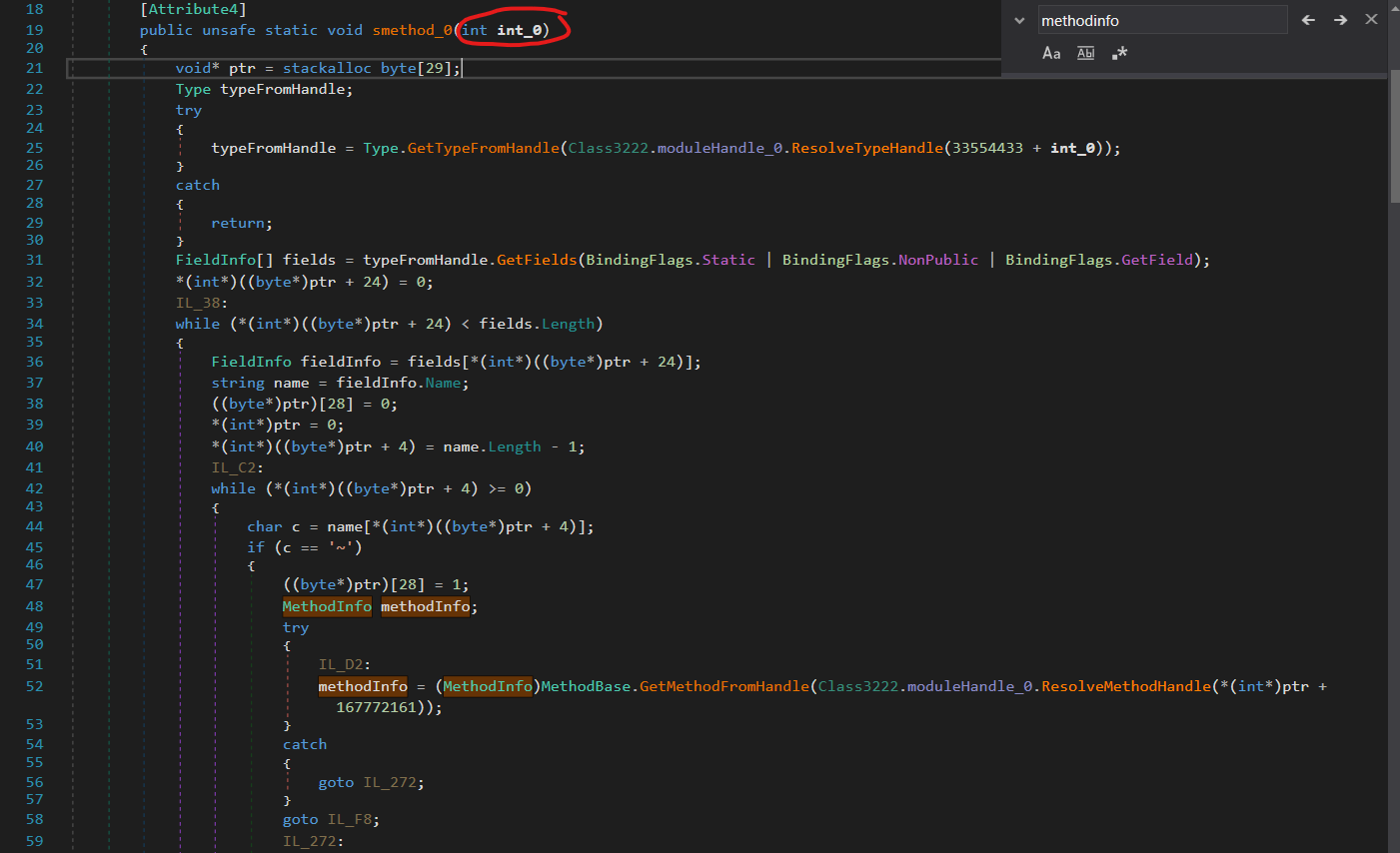 Browse other questions tagged deobfuscation .net c# or ask your own question.

69
Analyzing highly obfuscated JavaScript
1
What kind of obfuscate is this?
5
Modify code with ILSpy
1
Is it possible to debug a .Net executable with IDA?
3
Unity game: Assembly dll embedded inside the exe
1
How to decompile heavily obfuscated classes mixed with Arabic/Chinese/Korean characters?
1
devirtualize? or what is this obfuscator? and how to get rid of this