Apple's announcement of macOS Big Sur had meant the release of the developer beta. In an attempt to create the appbundle from Apple's softwarecatalog, I attempted to study the contents of InstallAssistant.pkg. In the process, I found pbzx files in the payloadv2 directory that mimic Format 3.0 used by iOS for its' OTA updates and the study of that format by Johnathan Levin and attempted to use his ota tool to extract it (which uses the following struct)

There was no avail with ota so I resorted to use a slightly modified (in terms of memory improvements) version of his pbzx tool to extract the stream, to success using the bash command given below in the payloadv2 directory

As a result I now have a directory full of .unpbzx files. Attempting to run ota (with pbzx support removed to eliminate the possibility of potential bugs there) on payload.000.unpbzx results in a Segmentation Fault, gdb returns

It appears that somehow this unpbzx file has a different header structure to the description of Format 3.0 on the iPhone Wiki

Opening payload.000.unpbzx with Hex Fiend shows that the file format appears to be differing from the struct given above (singular entry highlighted) 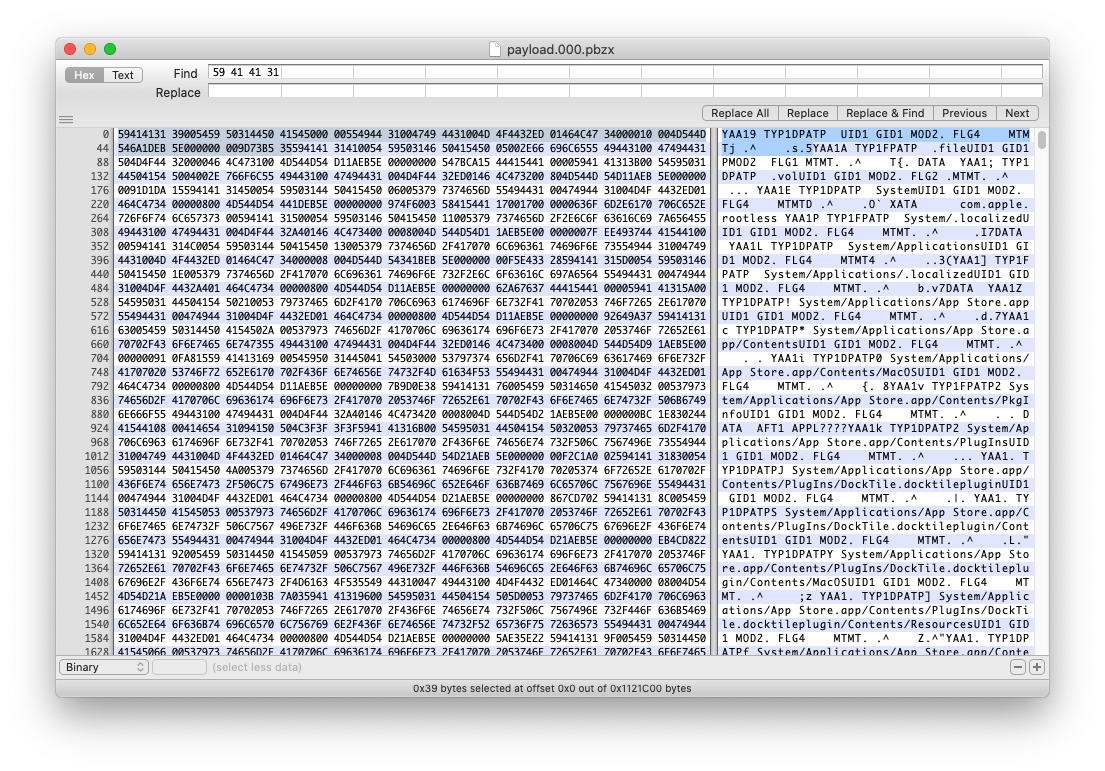 Files seem to be listed with some form of delimiter YAA1 in the beginning. Isolating individual entries gives results similar to the image given below (file name highlighted) 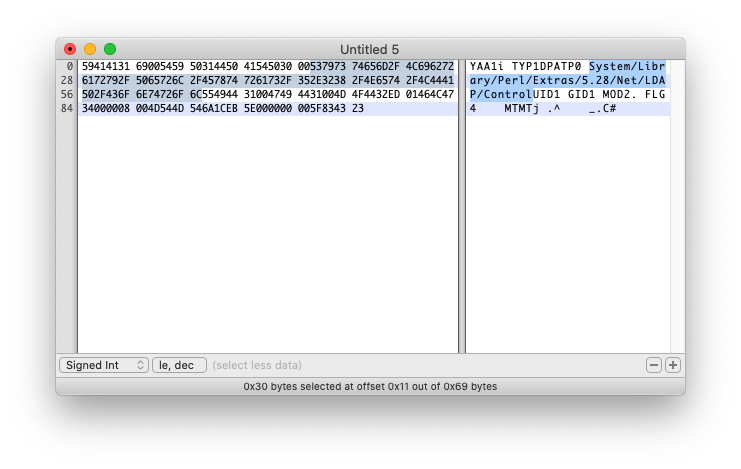 As a last ditch attempt, I ran payload.000.unpbzx through 7zip and it identifies the file as a gzip stream

But gunzip does not recognize the format.

At this point, what would be the best way of interpreting this new archival structure and how do I proceed forward?

(Note: Hex Fiend displays 000.pbzx because I did actually name the files with the .pbzx extension even though that naming was incorrect and had modified it to .unpbzx for clarity in this question)

YAA is possibly the signature of yaa archives, so try using the yaa utility on those files.

Not the answer you're looking for? Browse other questions tagged file-format ios osx or ask your own question.