Why does this x64 stack have other bytes and seems to be in reverse order?

I wrote the following small C program and you can also see the stack in the screenshot. 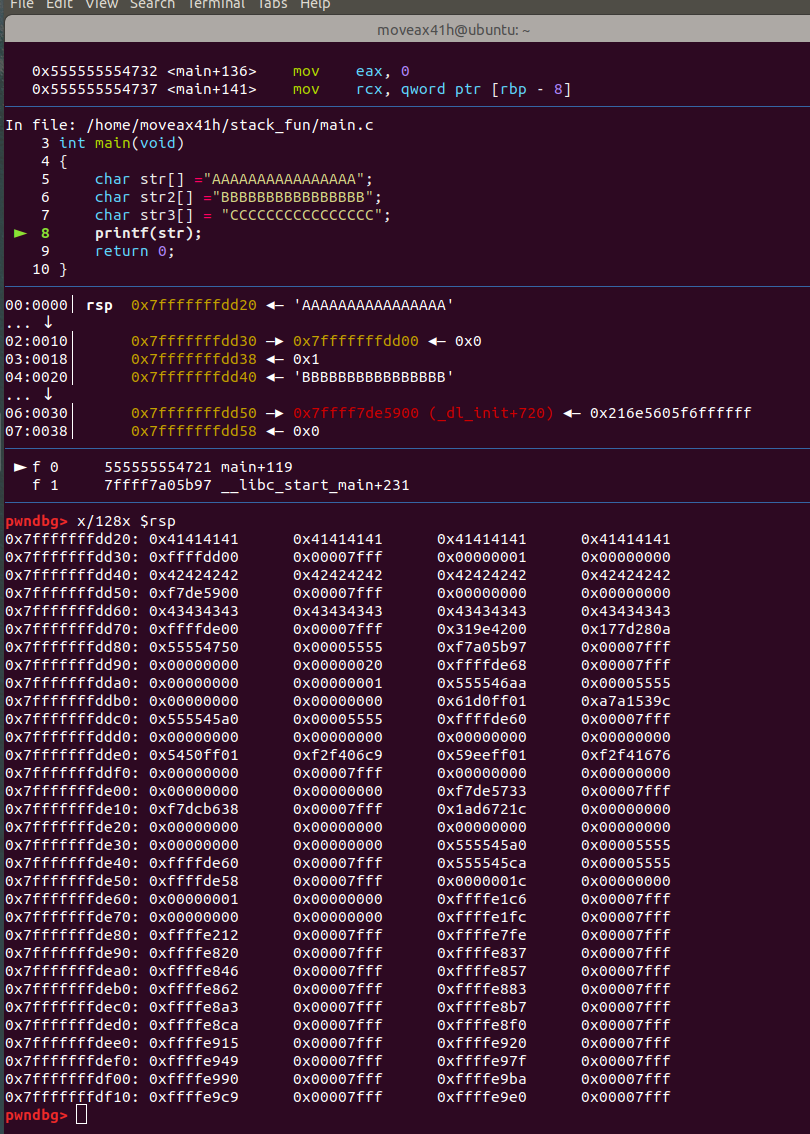 My question is twofold:

How come there are entire rows of other data between the 3 stack strings?

First of all, in x64 Linux code, the stack should be aligned to 16 bytes before any function call, so you can expect that rsp will be aligned as such in compiler generated code.

Now, it's just a compiler's decision how many bytes it will use for item allocation. In GCC, for instance, you can set the alignment of stack items to any power n of 2, using -mpreferred-stack-boundary=n option, according to accepted answer.

Again, it's a compiler's decision how it will organise local variables on the stack as long as it produces code compliant with C standard. I agree, that the natural way is to put the arguments in order of declarations on the stack, but as you see, you cannot assume this in general. If you want to force this order, you can put them in a struct, according to this answer.

Not the answer you're looking for? Browse other questions tagged c gdb stack or ask your own question.

0
Is it possible to programmatically search a disassembly for functions missing bounds checks?
5
Writing an exploit for sample-application
1
Problem to understand execution of payload (shellcode)
3
Finding hidden string location using radare2 on ELF binaries
4
ASM working as is, but not in a C program
2
gdb don't break when I use exec-wrapper script to exec my target binary
1
radare2 shows main function arguments argv as pointer to char on the stack, not as pointer to pointer to char
1
Ghidra Decompiler Optimized Strings
4
ELF binary injection