I have a bunch of SWF files that represent UI in the game. Most of them contain DoABC tag, however the tag type is 300 instead of 82.

Putting this trouble aside, I started parsing the tag according to the official AVM2 overview, and found multiple other issues with the structure:

Here is the sample byte-code. 0x2F means method count. While parsed according to the doc, at 0x12 you can see that there are 5 params, and 0x1b tells us that 7 of them are optional, which is totally nonsense because

[...] The number of optional parameters is given by option_count, which must not be zero nor greater than the parameter_count [...] 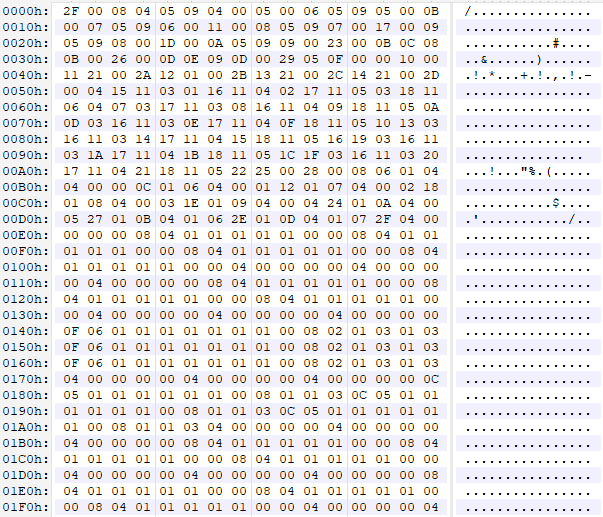 My guesses are that the 300 tag indicates custom tag so custom parsing rules could apply and for other points I would say that the order of fields changed and the flag, as well as param count and optionals info, is at different offset. But how can I be sure that the certain way of parsing is the correct one? I am unfamiliar with ActionScript and have no idea if method name, param name or param type make any sense.

Browse other questions tagged byte-code actionscript swf or ask your own question.

37
How does one reverse engineer a SWF file?
5
Dalvik Byte code instrumentation framwork for dynamic data dependency analysis
3
Modified Java byte-code, no difference runtime
0
Matching ActionScript byte code to the Disassembly of a Shockwave Flash
0
Does anybody know which tools allow to get (pseudo) code from a Moscow ML executable?
10
Java byte code equivalent of IDA function signatures
2
How do I denote and use JMP /5 in byte code