No matter what video player or video analysis software I throw this video at, neither are able to reproduce or detect the audio track of the video:

Introduction video of Wipeout XL PC version (OneDrive link), it should be downloaded as the online video player will fail miserably on it. It is playable on any media player that supports MPEG-1 videos such as VLC. 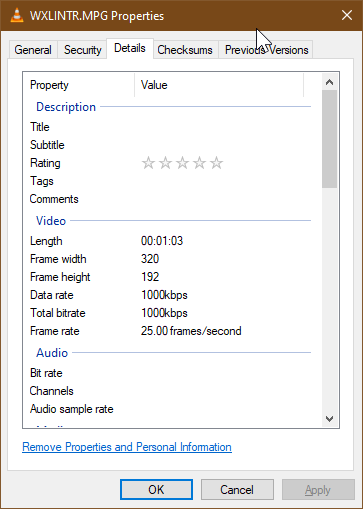 To me, it just seems the audio is indeed here but has been obfuscated somehow for some reason.

I've also launched Process Monitor to study log of the game when it plays the video, it does access no other files at all in the game directory as well as in the CD-ROM of the game.

As a reference, introduction video of Wipeout XL PSX version on YouTube, with audio.

Are there any well-known techniques to obfuscate audio in MPEG videos ?

Browse other questions tagged deobfuscation or ask your own question.