I'm a RE beginner and I decided to start writing my own simple code for practice.

I wrote a simple code which uses a winAPI function called CreateProcess to start a calc.exe, I've wrote it in C and compiled it using with the official Microsoft SDK with visual studio 2019 as a Release version.

The exe file works with Windows 7 and Windows 10 without any issue.

I searched through IDA and went to the start function which should point where the main user code is, so here are my problems: 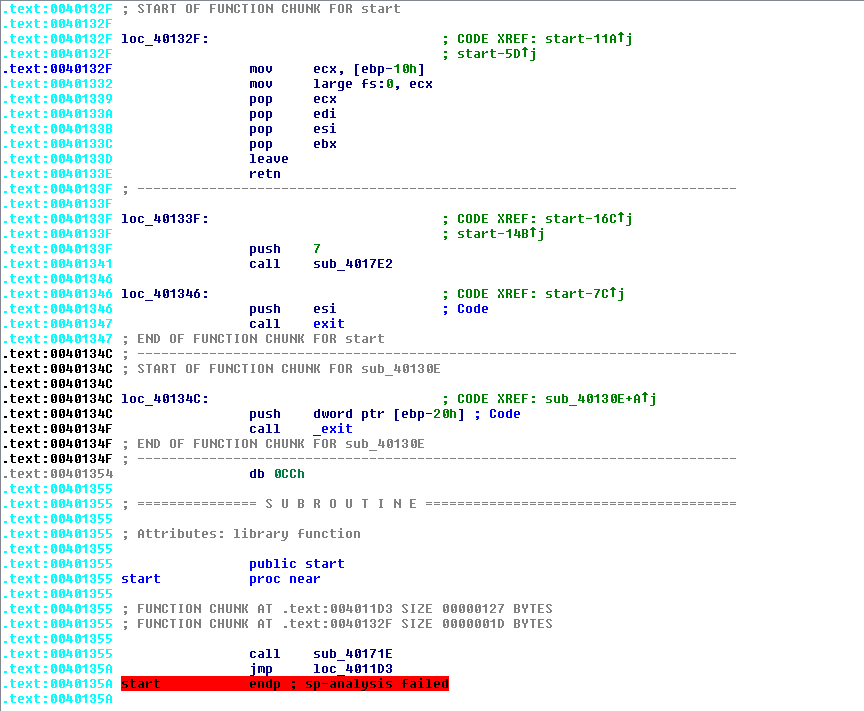 This is how the original code looks, the main function only contains a call to the Create() function:

I added to linked PDB file that was in the Release folder and IDA works great and it immediately detects the main function!

But I say to myself, if I'm a malware analyst, I will get the EXE file without any PDB file, so what am I to do?

Eventually, I analyzed how the program looks with all the symbols from the PDB file so that I'll know the actual Main function address.

After finding that out, I just searched the file without the PDB to understand what path do I need to take in order to get to the main function from the start function that the MSVC creates.

This solves my problem for future programs compiled with the MSVC aswell.

Not the answer you're looking for? Browse other questions tagged ida disassembly malware c or ask your own question.

6
Why IDA Pro generated a "j_printf" function call?
2
Packed PE-file, where to start?
2
How can I extend a memory of an analysed executable in IDA Pro?
2
Hidden code in dissasembly
1
Recognizing CLib functions in Ollydbg or IDA
5
In Ollydbg, how do I change the path to a source code file without recreating entire directory structure?
2
Hooking function with C++, IDA and .pdb file
2
How to load a pdb file from the hard drive with IDA Pro?
1
How to get function signature using IDA Python in IDA Pro