How to wire up a rotary encoder with a “0v” connection?

I have a servo motor with rotary encoder salvaged from an old scanner. I'm trying to figure out how to re-use it in a DIY CNC machine.

By reading through the engineering manual from the original device (Hooray for uncle Google!) I have established that the servo was run on PWM'ed 24.5v DC and the encoder was run on 5v DC. The power supplies were on the same board, but the voltages were generating from separate transformers. (I am in NZ, so it is 230v 50Hz mains here.) Regretfully I do not have the original mainboard/motherboard so I cannot trace any circuits that the encoder once ran to.

The wiring is run from a parallel port connector up to the motor and the encoder - but the servo lines and the encoder lines are run in separate, independently 'screened' cables inside the outer cable liner. So it's two bundles, each with a metal woven tube around them and plastic over that, traveling inside the same larger diameter plastic outer sheath.They emerge from the outer sheath about 200mm from the servo and encoder and finish the distance as independent cables.

Aside from figuring out a drive for the servo, I have to figure out how to read the encoder. I sort of understand the basics of how it works, with +/- A and +/- B and +/- index... those will tell me the 'start' point (indexes) and the pulses to count. I think. But that there are chips on the encoder weirds me out... but that's not this question.

Due to my embarrassingly low level of electronics knowledge I'm stuck on the fact that it has something called "0v" (on pin 20 of the pinout below), AND it has a ground through the mesh cable liner.

So, if anyone can, please let me know how I can safely wire and power up the encoder to to begin looking for signals on the other wires.

If "0v" is really separate and different from GND, then please include how I might create a "0v" from any of the many power supplies I have around. I've played with so many PSUs and other power bricks, but have never seen this 0v thing?

I am posting pictures of it and also the only reference I have for the pinout of the connector. Thanks in advance. 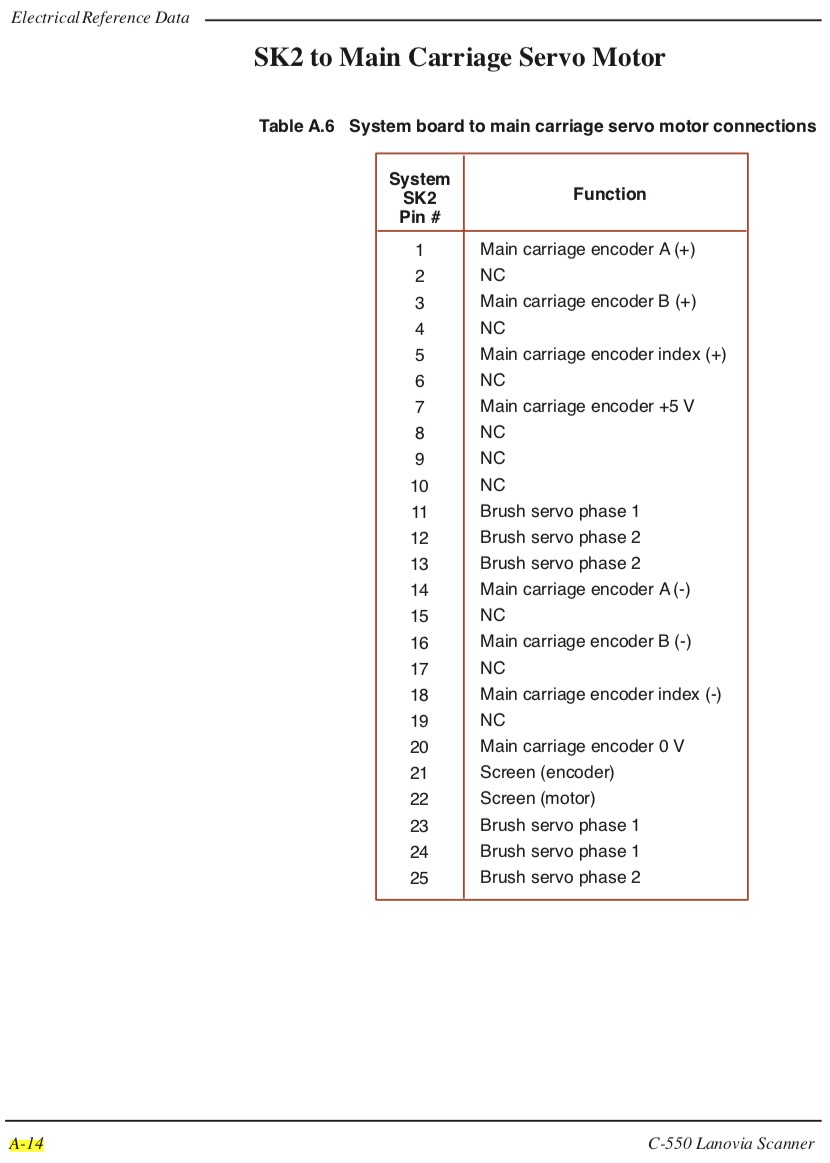 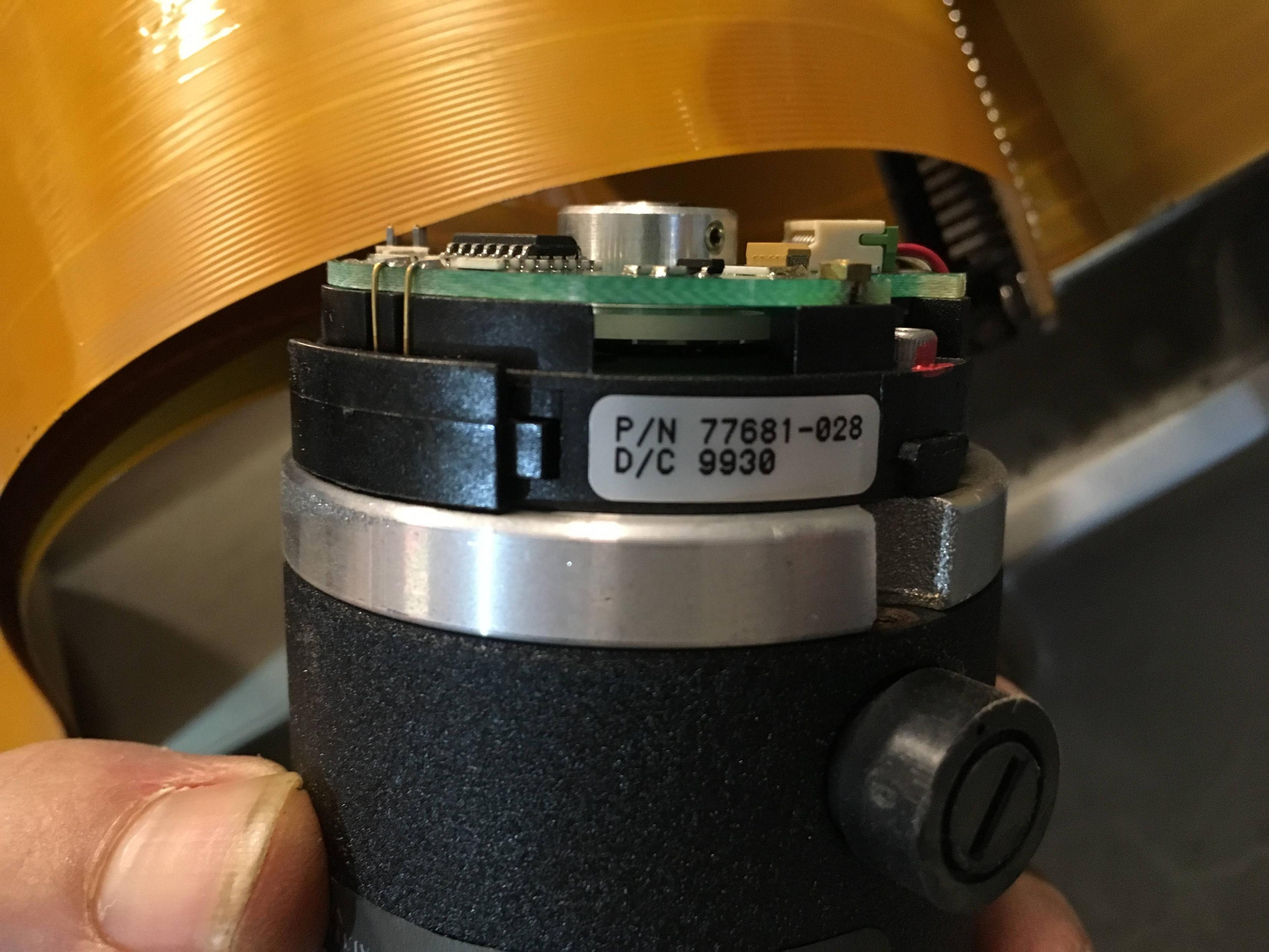 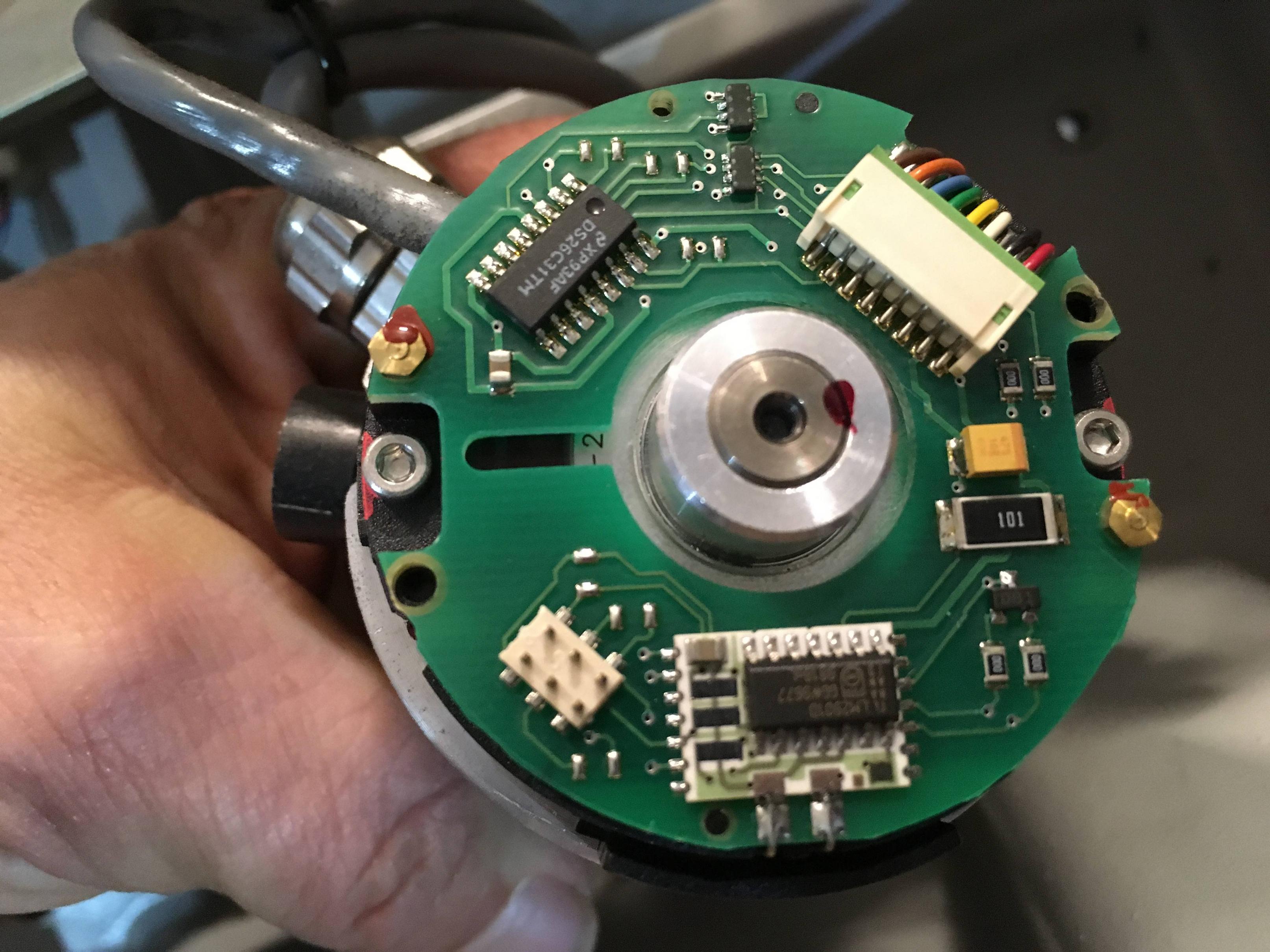 There are two possibilities: Your GND is actually safety ground. Which is usually used when electronics (or motor) is directly (without transformer) connected to 120/230V electrical grid.

Other reasons is that motor need high current which introduce voltage drop and electrical noise on power supply lines. This could glitch or damage encoder. This problem can be solved by separating power supply for power and logic circuits. In your case you should use different power supply for encoder (pin 7 and 20 and its outputs) and Brush servo phase pins (if you will use them).

I would say option 2 is more likely, but cant be sure your pictures.

EDIT: If your mesh in cable is actually connected to pin 21 or 22 then it is screen to prevent electrical interference, in that case it should be connected to appropriate GND at one (and only one) point.

Most of it is gibberish to me, but this page seems to mention that 0V pin is used as the base for the encoding output and is separate from the ground for the power supply.

Not the answer you're looking for? Browse other questions tagged hardware encodings or ask your own question.