Using an SDR I read out the transmitted message of a key fob for my old car. The car is a 98 Mercury Grand Marquis. It's quite old so I dought it's very sophisticated.

Here is some of the data I've captured. What I have so far is as follows.

Bytes 1-6 never change. I assume they are like a signature or serial number or ID of some sorts.

Bytes 7 and 8 count up. I'm guessing this is the number only used once. When byte 8 rolls over, byte 7 increments.

Byte 9 seems random. It might be the rolling code.

Byte 11 also seems random. I assume this is the CRC just because it shows up at the end of the message.

I've tried using reveng with no success. I fed it all of the listed data and more and it always comes back with "no model found". I'm not at all familiar with using reveng so just in case I'm an idiot here are the commands I've tried. each command was followed by the data through a batch file.

Any thoughts or ideas would be appreciated.

It seems that I may have cracked the checksum. It is a simple sum of the message. The catch is that the first 2 bytes are not included. Also, the sum is truncated to just the least significant byte. I have not exhaustively checked the whole data set but spot checking seems to work 100% of the time.

Figured it out. It was not as complicated as I thought. Here is how it goes.

The 0x55 and 0x54 at the beginning of the message are the preamble and are not important.

Bytes 1-4 never change. I assume they are like a signature or serial number or ID of some sorts.

Bytes 5 and 6 count up. I'm guessing this is the number only used once. When byte 8 rolls over, byte 5 increments.

Byte 9 is the CRC. It is simply the sum of all the bytes and then gets truncated to the least significant byte.

Byte 7 might be the rolling code. If this is the rolling code then it's not super secure. Byte 7 is always 0x1b less than the last one. For instance, in the data set the first two entries are consecutive. 0xd2 - 0x1b = 0xb7 which is byte 7 of the following message. As long as you capture at least one message then any message can be reproduced using the counting number to see how many 0x1b to subtract.

Just came across someone with a 2004 Mercury Grand Marquis. The ID for their remote was different but the rolling code and CRC schemes were exactly the same.

I reckon that every Ford remote that looks like this uses this same scheme. 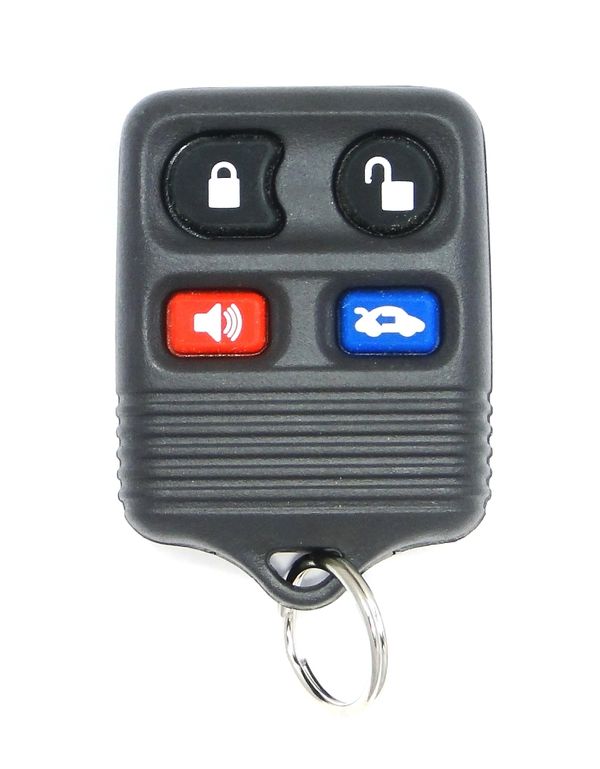 Not the answer you're looking for? Browse other questions tagged crc or ask your own question.