Recently, i have gone through some kind of win32-64 executable files which can't be decompiled under IDA (into Pseudocode). Only the Assembly Code can be read. When i try to press F5 to decompile the file,it only shows me a Diaglog Box says "Positive Stack Value found".The Debugging process is still fine.It's just i can't not decompile the file into c source code.

I wonder how can they do that? I mean they can make the executable unable to decompile under IDA or maybe other Disassembler.

I want to accomplish this using other compilers such as GCC,MinGW,Clang,or even Turbo.

When you encounter this kind of error, just make sure that the stack pointer is aligned. 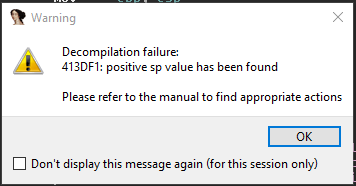 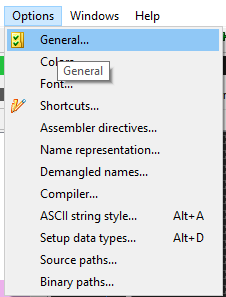 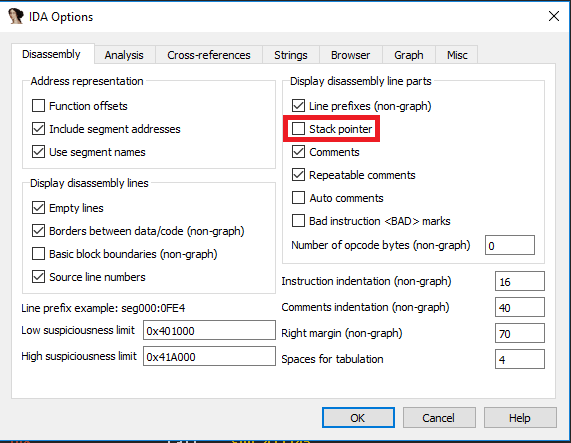 It will show the stack pointers at the left side. 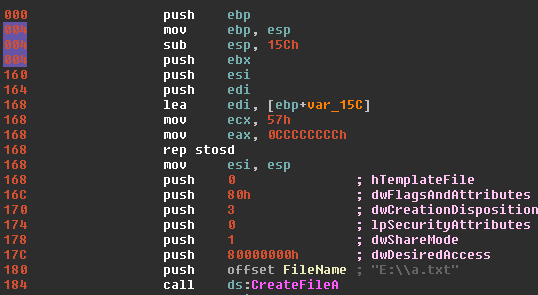 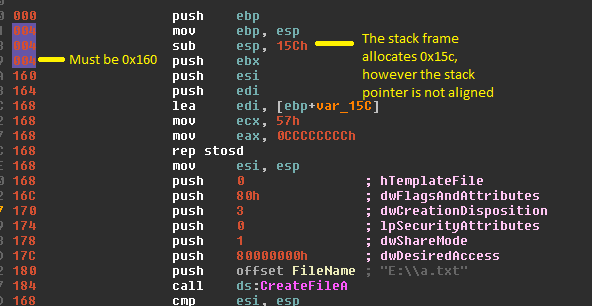 So it must be able to solve your problem.

Not the answer you're looking for? Browse other questions tagged ida decompilation or ask your own question.