Help with a pointer

Sorry for this stupid question. It's late here and I've been kinda stuck for a while over this so I hope someone here can answer this easily. 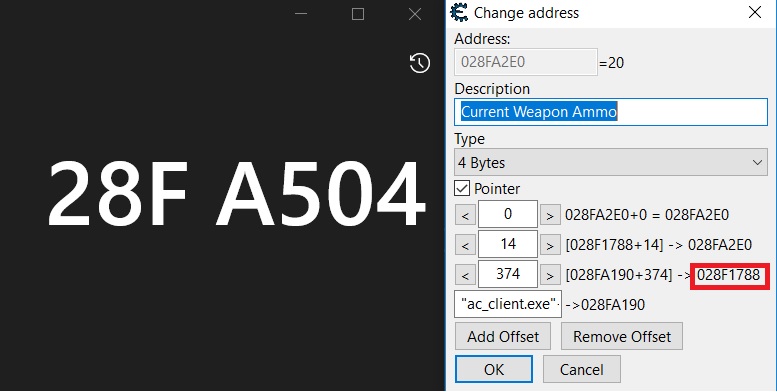 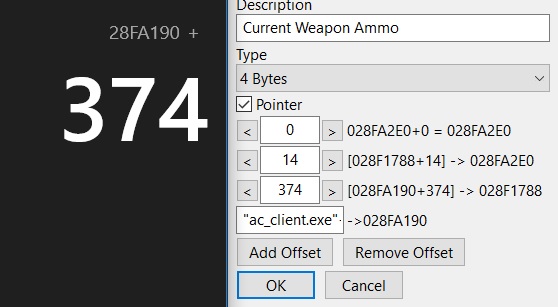 0x28FA190 is a base address, probably of a structure, and 0x374 is an offset, when you sum these values and dereference the result, you get value of a field that's 0x374 bytes away from the beginning of this structure. This field seems to be a pointer, that's why it's value is also an address, but it could contain any value.

You can also write the entire expression from your screen as following:

Not the answer you're looking for? Browse other questions tagged hex hexadecimal cheat-engine or ask your own question.