As a first unpacking exercise, I decided to try to unpack the famous UPX (without using upx -d of course). I chose an executable I had somewhere, built from C++ code in debug mode. I packed it using the last version of upx upx algorithm.exe and tested it.

I set a hardware breakpoint after PUSHAD and after I hit it, I dumped the process with OllydumpEx. Finally I used Scylla to rebuild the IAT.

There was no error during the whole process but my fixed dump terminate with a Segmentation Fault. What would you do to investigate what went wrong?

This picture shows the disassembly windows where I paused to dump, and the options used during the process. 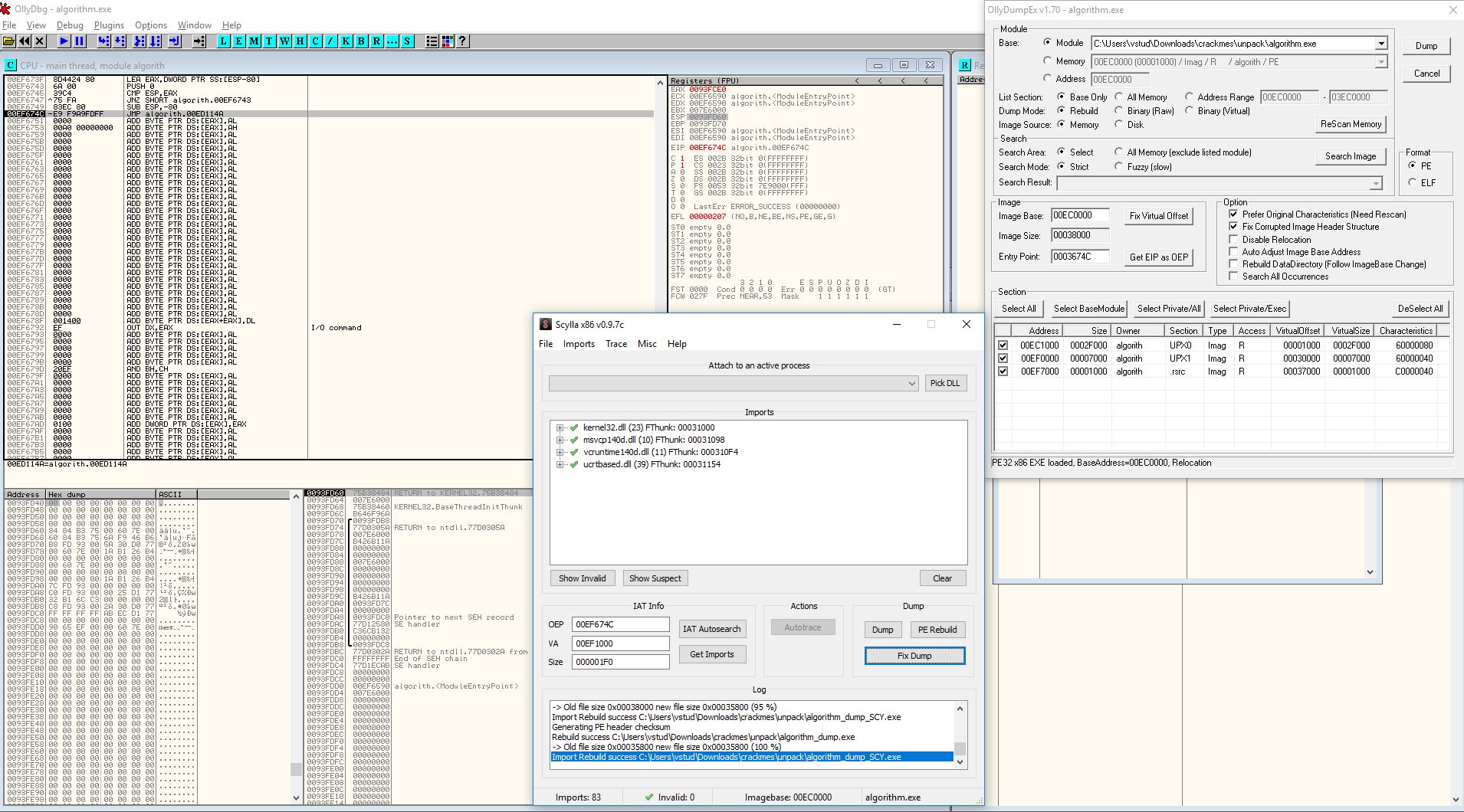 I just checked in the process memory and the IAT VA and size found b Scylla seem to be correct.

You said that the base address changes so I assume your system and target executable have ASLR enabled. This sometimes causes problems when unpacking due to relocations not being fixed.

When it hit the breakpoint, press F7 to go the original Entrypoint of the unpacked file.

Just make sure that the EIP is the OEP.

Not the answer you're looking for? Browse other questions tagged unpacking dumping upx or ask your own question.