Inversion of input parameters in ASM

Why is the input parameters reversed?

You may also be interested in reading about endianness from the NASM documentation:

A character constant consists of a string up to eight bytes long, used in an expression context. It is treated as if it was an integer.

A character constant with more than one byte will be arranged with little-endian order in mind: if you code

then the constant generated is not 0x61626364, but 0x64636261, so that if you were then to store the value into memory, it would read abcd rather than dcba. This is also the sense of character constants understood by the Pentium's CPUID instruction.

More research on your behalf to better understand this can be done by reading about the topic of endianness. It's confusing when you first run into it, but there are many charts like this one to help demonstrate it: 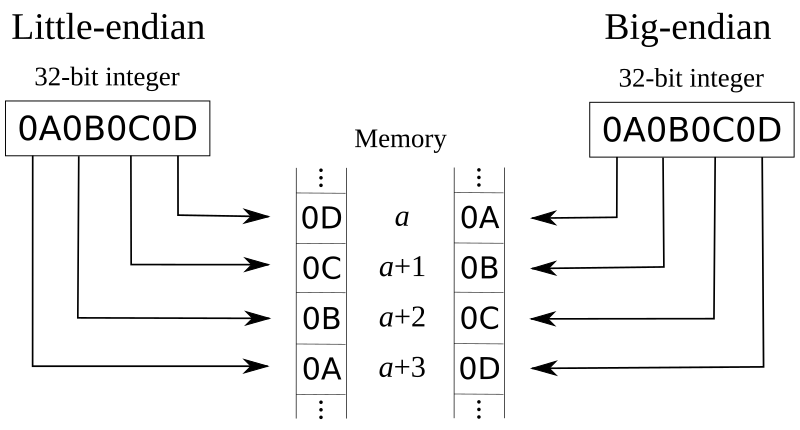 Finally, there's an excellent video from OpenSecurityTraining that does a great job of explaining endianness and order of parameters/arguments with calling conventions. Click here to view it.

Not the answer you're looking for? Browse other questions tagged nasm asm or ask your own question.