IDA function never called and only cross-referenced as data

When I press the X key (list x-refs) on a function (sub_xyz) to see which functions call it, I only saw dd offset sub_xyz twice, with no call sub_xyz instructions.

There is no another place that write call sub_xyz

How can I see which functions are calling sub_xyz? Is this just IDA being confused?

Although Nirlzr's answer explains it pretty well, here's an example that considers C++ code and vtables are present. The code is taken from here

Compiling with g++ and opening in IDA references to ApplyBreaks are such.

This is very common in C++ applications to have function references in vtables. Additionally while init in Vehicle this vtable is set in the object as you can see here. 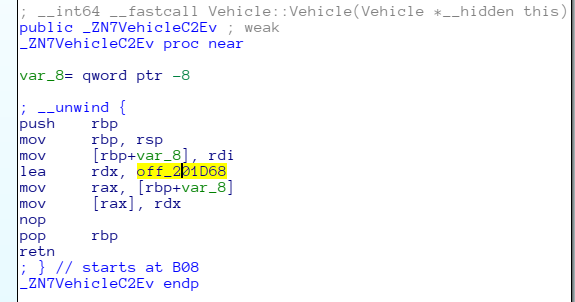 While calling member functions for this class in main the addresses are accessed like an array with offsets defined at compile time. 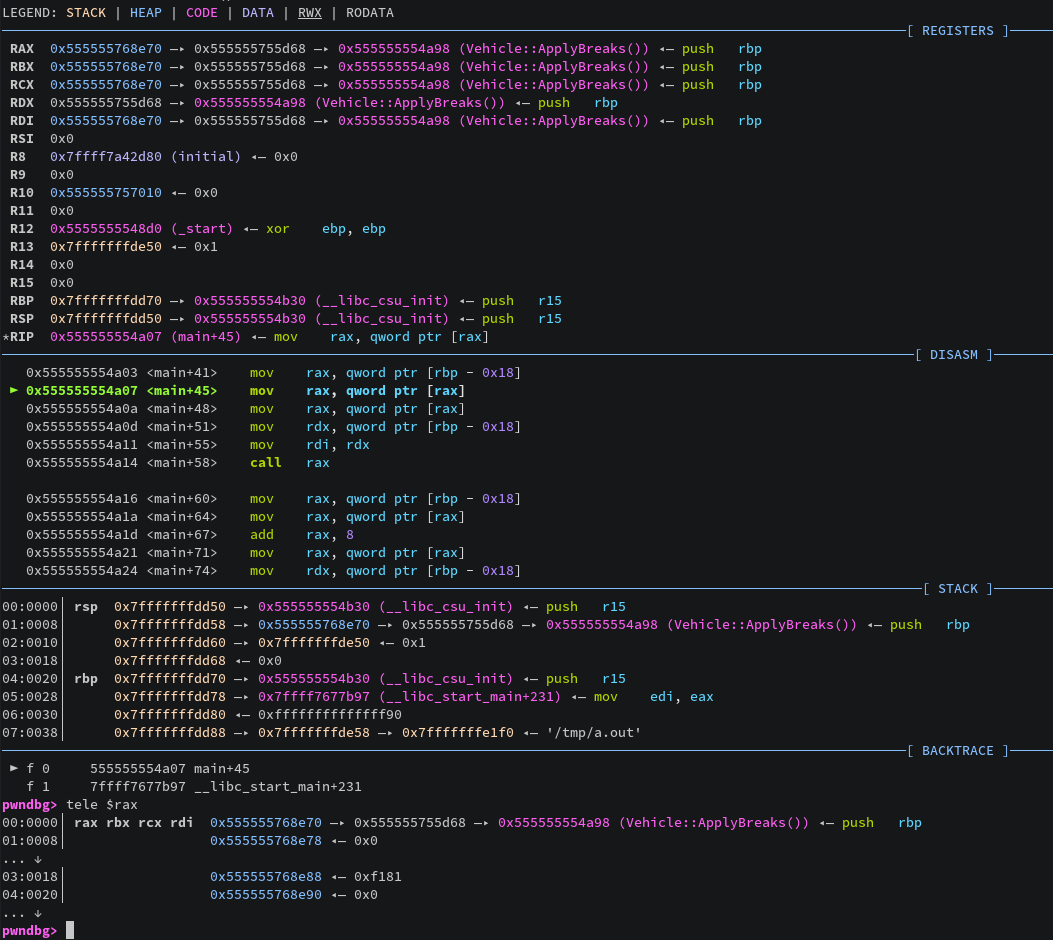 If there are no other references, this indicates there are no call sub_xyz (that IDA identified, at least). Instead, IDA only identified one cross-reference to sub_xyz, and that reference was a hardcoded offset in a data variable.

Usually, there's a piece of code that accesses that data and indirectly calls the function, so you could search for cross-references to that data area. You should note the reference does not have to reference where the sub_xyz's offset it. Instead, sub_xyz's offset may be part of a bigger structure (or an array, or an array of structures), which may be enumerated. You'll need to search for references that point around that area (these could also be offsets to areas with higher addresses which are then being subtracted).

Lets have an example

Assume that when looking up cross-references to sub_xyz you've found only one, at address 00008540 depicted below.

We can also guess we found an array of three instances of the FunctionDefinition structure, and that some piece of code enumerates the array and traverses all the functions.

A more sophisticated example can include, for example, an array of functions and their network message identifier, where a function handling a network command is dispatched depending on the type of message received, for example. You can also have found a global object of any class if you're dealing with C++, or perhaps even a function virtual table. The options are endless, and you'll need to figure it out using the specific scenario you encounter and and additional info you can gather (say, the code referencing that bigger structure or array).

Not the answer you're looking for? Browse other questions tagged ida disassembly functions control-flow-graph or ask your own question.

8
How to identify function calls in IDA Pro's disassembly?
8
IDA Pro List of Functions with Instruction
1
Cannot find the caller of the main function in a disassembled firmware
1
Hide data areas in IDA IDC
4
How to find which function called the one currently being executed in IDA?
3
How to see all functions that called with debugger
0
How to export function from exe file?
0
IDA subroutine code running when not being called
1
Exporting all function addresses from IDA
1
What is j__ftol2_sse_excpt in IDA?