I'm owning a CarPlay head unit from Volkswagen called RCD330 plus. It is possible to upgrade/downgrade to any available firmwares. For example here are two firmware versions: http://rcd330plus.com/rcd/variantconflict_Eror.rar

The firmware file itself is a *.tar file and can be extracted. I found a linux file structure (var, etc, opt, ... folders).

The head unit supports only a few languages like Chinese, Mexican, US English, ... and I want to add support for German language.

What I tried already

(1) I checked nearly every file with a HEX editor (iHex for Mac OS X) and found one 9.4MB big file called hmi (without extension) in folder /opt/ and this file contains all labels: 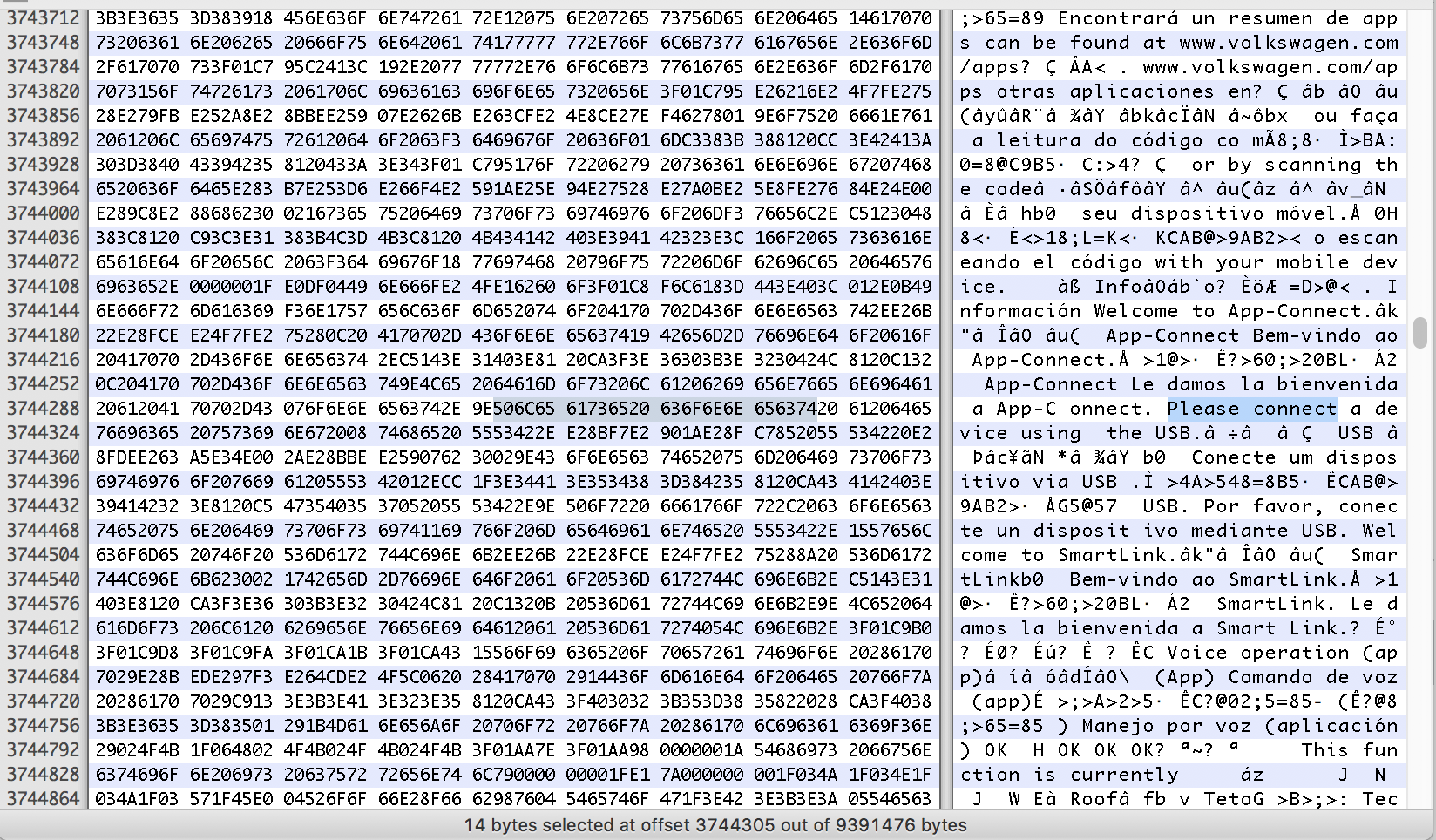 (2) I checked this hmi file with binwalk and get this output: 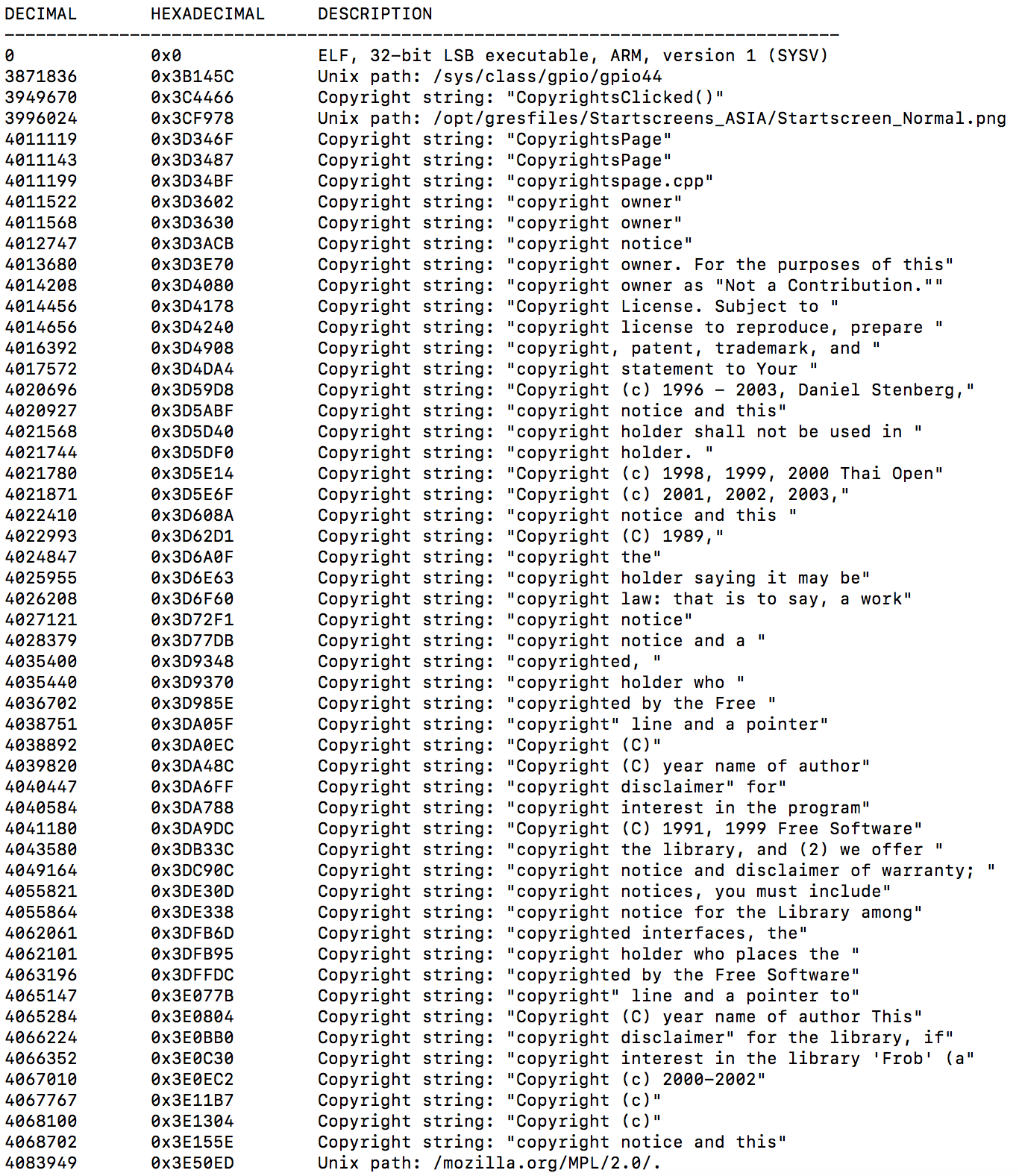 Where can I get information/knowledge to add an additional language. Maybe also with adding german language flag in the setup menu of the radio? Or is this just impossible?

Is this hmi file a compiled file or is it kind of some archiv which can be somehow extracted?

As binwalk points out, this file is a compiled executable, and you don't even need binwalk for it:

Strings you can see in a hex editor are embedded into the binary and are referenced directly from the code. As to whether or not it's possible to add a new language with a reasonable effort, consider the following:

I think an easier way would be replacing strings from one of existing languages:

The downside here is that translated strings can't be longer than original ones (which is unfortunate for German), otherwise data offsets would change. However, it's certainly easier than remapping the whole executable.

In meantime there is already a German version. But that one used the HMI file with an hexeditor and they replaced character by character. But now is another person busy with replacing them better https://www.reddit.com/r/RCD_330/comments/bh6p0j/wip_language_translations_rcd_330_ce_types/

Everything is here downloadable https://www.reddit.com/r/RCD_330/

1
Router firmware modification and MIPS executable under x86_64 Ubuntu [X-POST from unix.stackexchange.com]
2
Emulating Non-Linux Firmware Image of Embedded Devices
0
How to dissassemble Cypress MCU based firmware?
3
How to add new language to ARM firmware
4
How to dump firmware from car head-unit (VW Radio)
1
What could a firmware image be, if not embedded linux?
2
Disassembling ARM based Camera Firmware