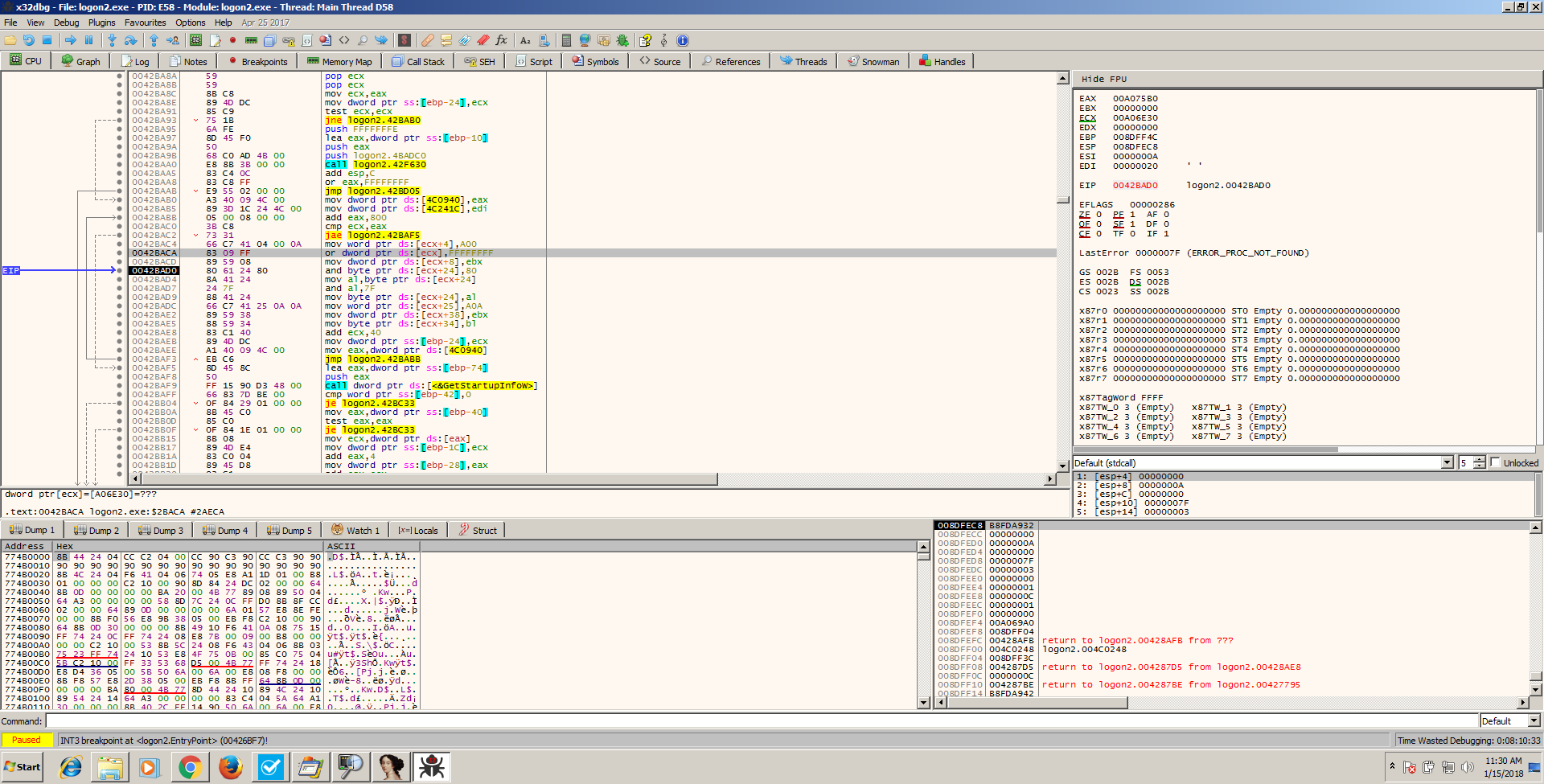 Right now it is not possible to label instructions in the disassembly as structure members. It is however possible to define structs and visit them in memory (similar to 010 editor). The main sources of information about this are here and here.

As an example if you have the following code:

You use the Parse header option in the Struct tab to parse the following header:

This will load the structure (use the command EnumTypes to see a list of types). Now when you're paused at the disassembly of the test function you can use the Visit type option from the Struct tab to show the contents of the memory at ecx in a structural way:

The addresses of the structure members will also be added as temporary labels so you can see what an instruction refers to in the info box:

This feature has not been further developed because there was a lack of interest from the community.

Not the answer you're looking for? Browse other questions tagged struct x64dbg or ask your own question.

6
Read a struct from memory
5
Creating a struct in IDA which contains a cString?
9
Converting a virtual table from .rdata into an IDA struct
2
IDA PRO Basics For Hex Rays How to fix address to struct which is dynamically calculated in if statement
2
How to properly label ALL structure members of C-style struct in IDA Pro
4
How to copy binary file with x64dbg\x32dbg after it changed it self
0
Generate dummy struct in IDA hexrays
0
Debug with IDA Pro right click option
1
Define partial struct with IDA