I'm trying to disassemble a firmware for a DIY project, open hardware but closed firmware. My question is how to initialize the disassembler properly (Hopper Disassembler).

The values I try to figure out are the ones shown here: 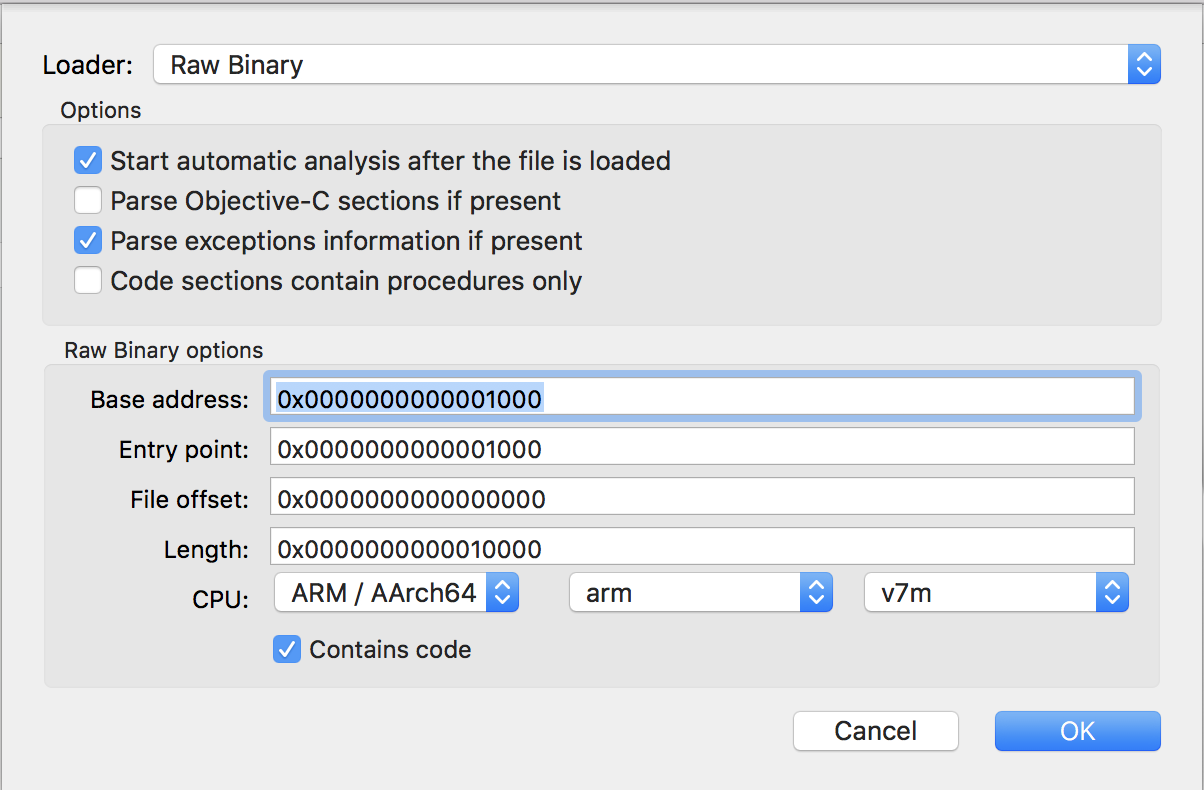 From what I know, the processor is a STM32F100C8, ARM Cortex-M3, 64Kbytes Flash, 8Kbytes RAM. The BOOT0 pin is tied low, so I know it's booting from main flash memory:

The startup sequence is as follows:

I converted the .hex file to a .bin file using arm-none-eabi-objcopy and found:

What I don't understand are the memory addresses.

The reset handler is also too large to be a relative offset (only 64k flash) and too small to point to main flash memory (starting at 0x800 0000).

How do I figure out the proper base address and entry point?

PS: The schematics and firmware for the DIY project can be found here

2
Reverse Engineer STM32L151's Firmware
0
Understanding memory locations
2
Stepping through ARM firmware image
4
How can the problem posed for disassembly by the mixture of executable code and literal pools in ARM firmware be overcome?
4
Is there a method for "guessing" the addresses for unknown areas in bare metal firmware binaries?
4
router: how to break into boot?