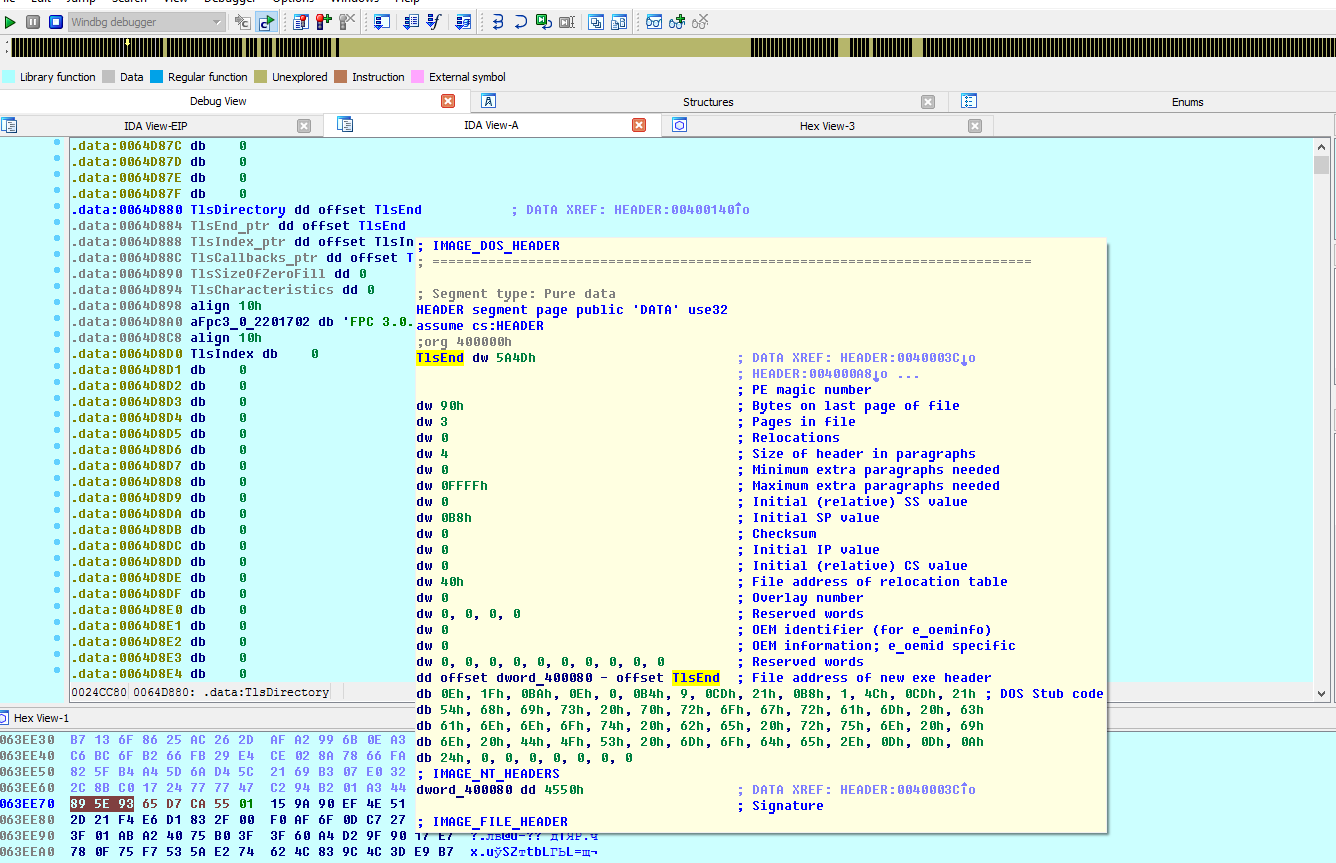 10
Debugging EXE with TLS
6
Unicorn and QEMU: Example use cases to understand the differences
1
Obfuscation by changing the order of a malware behaviour
0
Calling a function of a game inside a function hook
4
Thread EntryPoint in TLS callback as AntiDebug technique
1
What's this obfuscation technique?
0
Executing CMP DS:[] by inline assembly inline hooks
1
ACCESS_VIOLATION when attaching a debugger
0
x64dbgpy: application unresponsive when trying to automate inside breakpoint callback
2
Finding the correct input of an executable to print out the flag. IDA 7