What PE anomalies can crash the Windows Loader or cause a file to not load?

I do malware analysis on Windows. I run hundreds of Windows PEs per day and it is actually relatively common for a file to not run (or sometimes not run on just one specific version of Windows) and I get an error message such as "This is not a valid Win32 application." However, when I open the file in a hex editor, it does have the MZ, PE signature, and even the sections intact. Also, programs such as PE Explorer can open the file fine and claim that it's a valid PE file, without even having to open it in "safemode" for example. Note that I am NOT talking about error messages concerning 64 bit on a 32 bit version of Windows, as that is self-explanatory.

Below is a screenshot of one such file. This file, however, has no DOS stub at all and the DOS header data structures are all set to 0 except for e_lfanew which does point to a PE sig. However, the Windows loader says it's not a valid Win32 app at least on my version of Win7 64bit. 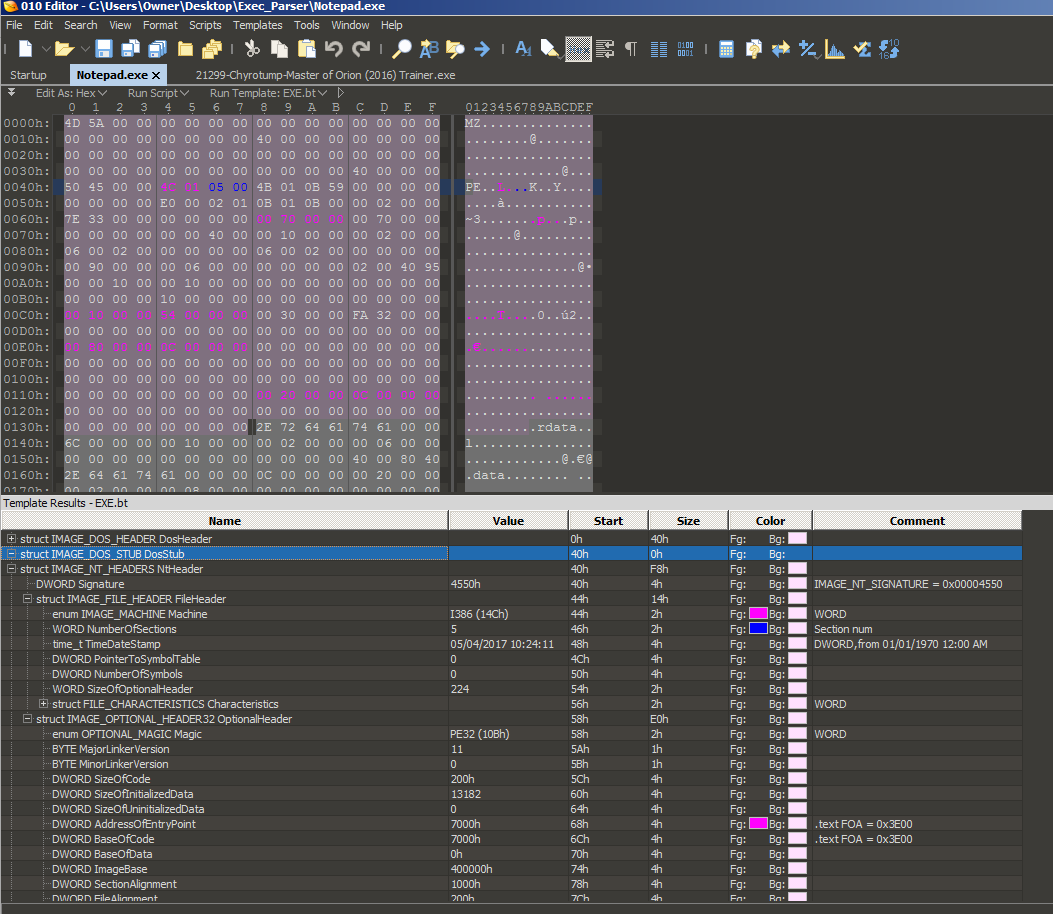 I do know that the loader essentially reads the data structures and from that, it does things such as allocate stack and heap memory, determine which symbols are needed and from which DLL files, as well as a few other tasks. So my assumption based off of that would be that if for example, one of these header data structures told the loader to do something that made no sense such as allocate negative space, too much space, or contained nonsense in a structure that was critical for the loader to work, it could crash it. However, this is just speculation on my part.

Based on my experience, these type of errors could happen when MajorOperatingSystem/MinorOperatingSystem and/or MajorSubsystemVersion/MinorSubsystemVersion are not compatible with the system you are trying to run the PE file. You can find more information about that in Corkami page regarding PE file format. Also, you can look at the Peering inside the PE... paper on Microsoft website which says for these fields:

Also, if you are interested in anomalies and undocumented stuff of the PE file format, I suggest this very good paper which deals with anomalies in PE which can break poorly implemented parsers. Also, this site of Corkami contains POCs of various working PE samples (both source code and binaries), which test the format to its limits and can be used for testing.

Hope this helps out a bit.

There are many ways in which the loader can fail to load a seemingly valid file. There are differences in rules for 32-bit and 64-bit architectures, for example. The most obvious of those is the minimum file size.

Then there are differences in rules between different versions of Windows. In older versions, critical data such as the import table could be placed in the file header. This is no longer the case.

The rules also changed for section alignment, section order, and overlapping sections, among other things.

The full list of what was changed and how it changed would be very long and detailed, depending on how many versions of Windows are being considered.

Without having your file in hand, it isn't clear why the file won't load.

Not the answer you're looking for? Browse other questions tagged windows malware pe or ask your own question.

3
Win64 .pdata required to be a separate COFF section?
2
PE file format: How can I find the heap memory space in a running WinNT program?
1
Can corrupted PE files be executed in some versions of Windows but not others?
3
What conditions can create the "Not a Valid Win32 Application" error message upon load?
1
PE DOS stub content not commands
1
What does BindImageEx actually do?
6
Why does PE ImageBase address change in memory?
1
Disassembly call function offset from RIP