What is a good and reliable C decompiler that support ELF and SH4 Architecture?

I have a ELF file, which is a partial firmware of a navigation module(my BMW idrive CCC), I need to decompile the elf file.

I tried Reko Decompiler which said it does not support SH4 and Snowman plugin on IDA and but looks like it does not detect the SH4 architecture cause it brought some push and pop instruction in C code, which besides the fact that it is considered cheating for a decompiler!, SH4 architecture has register block that does not need push and pop while calling routines, it actually does not have such thing.

At the following picture, the floating window at right shows the correct assembly code, unassembelied out of my ELF file. at the center however you see some incorrect assembly that snowman derived from ELF file which is totaly different! comparing with the correct one. 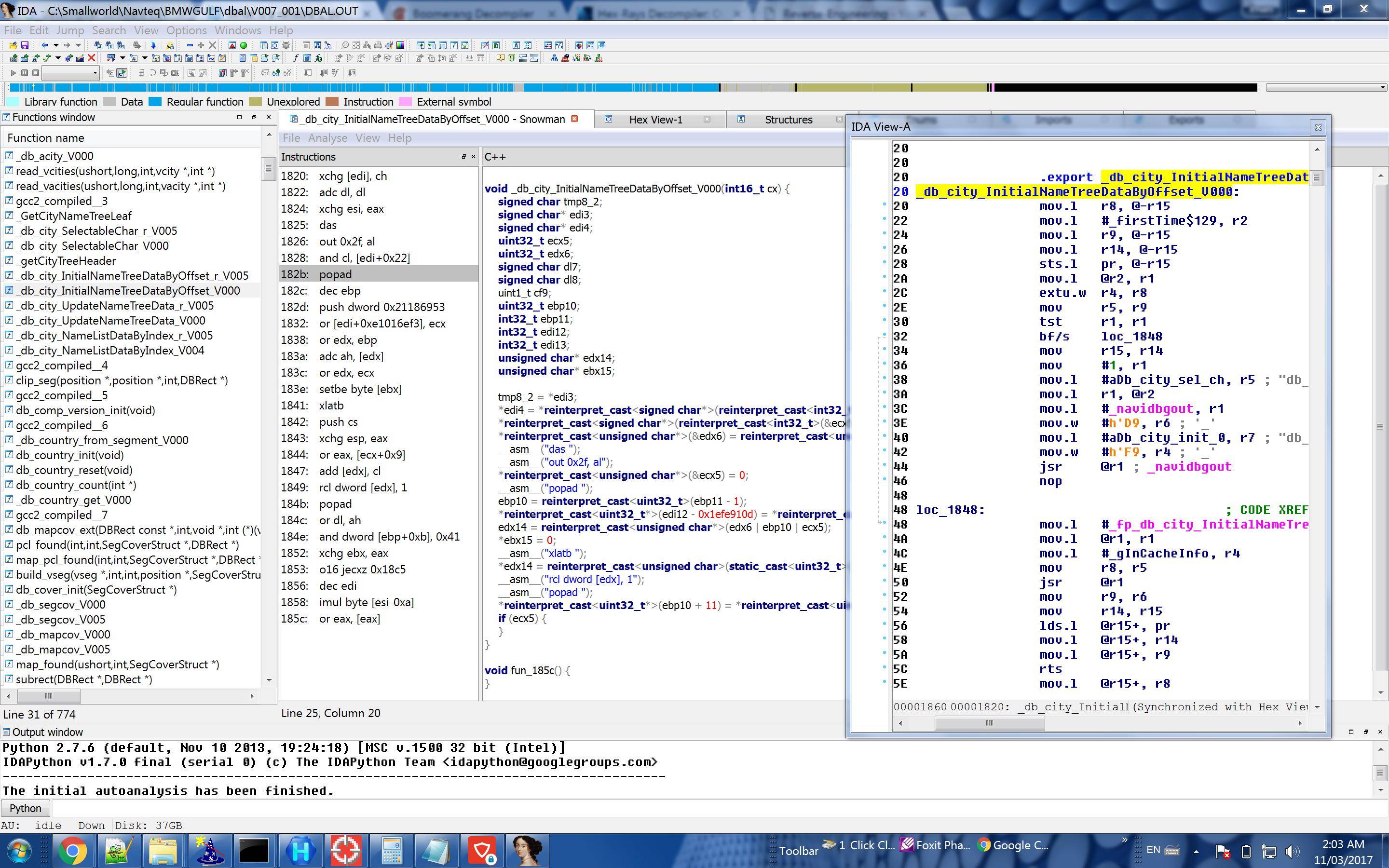 So the decompiler MUST support architecture. I need a good Decompiler that can support SH4 architecture and ELF files.

One of the most complete decompilers i use for pretty much everything ;) is the Radare2. Very agile, with a browser-based GUI (which you have to install extra :( ), supports python scripting and it decompiles almost everything!

4
What's a decompiler that can be extended to new architecture, and how can I do it?
0
Is it possible to add a label to an ELF executable and then call that label? If so, how?
0
Running ELF file built for ARM arhitecture
5
What's the format of Mediatek MRE VXP file and how to create a workable VXP binary?