Reverse Engineering a Firmware. Someone can help me?

I am currently trying to reverse-engineer a firmware file to learn the topic but I am a little bit stuck.

I tried to use binwalk to get more information about the file but this did not produce anything useful. Below is the output of running binwalk with the -I argument which shows results marked as invalid:

Almost no useful information was discovered by using strings and hexdump to analyze the file. It seems that the file is encrypted or packed. Does anyone have any ideas that will help me continue investigating this? Maybe recommendations for some good tools to use?

There is conflicting background information given in the comments about the file alleged to be firmware in the question.

A gzip compressed data file called authorizer.tar.gz located at https://70.60.240.178:8443/CyberAuditWeb/services/nga/download/ under the header "Web Authorizer" from a link called "NGA software" contains a file called NGA_FW_CURRENT.BIN. This file is different from the file called firmware.BIN found at http://s000.tinyupload.com/?file_id=33872947945158763451.

It is this second file, firmware.BIN, that binwalk is run against in the image in the question. The source of firmware.BIN is unknown, since information about a different file, NGA_FW_CURRENT.BIN was given instead.

Diffing these two files shows that they may be related, as they are the same size of 61445 bytes and have similar structure:

Some of this information may prove useful in subsequent analysis. Since NGA_FW_CURRENT.BIN is the file at the location stated to be the source, it is this file that will be analyzed further and not firmware.BIN.

binwalk does not detect any compression signatures in NGA_FW_CURRENT.BIN:

Entropy analysis, based on the work done by devttys0 in his article Differentiate Encryption From Compression Using Math, suggests that the file is compressed rather than encrypted.

A chi square distribution of 253.82 and a pi error value of 0.49 percent is within the range expected for compressed data.

Here is the entropy plot generated by binwalk: 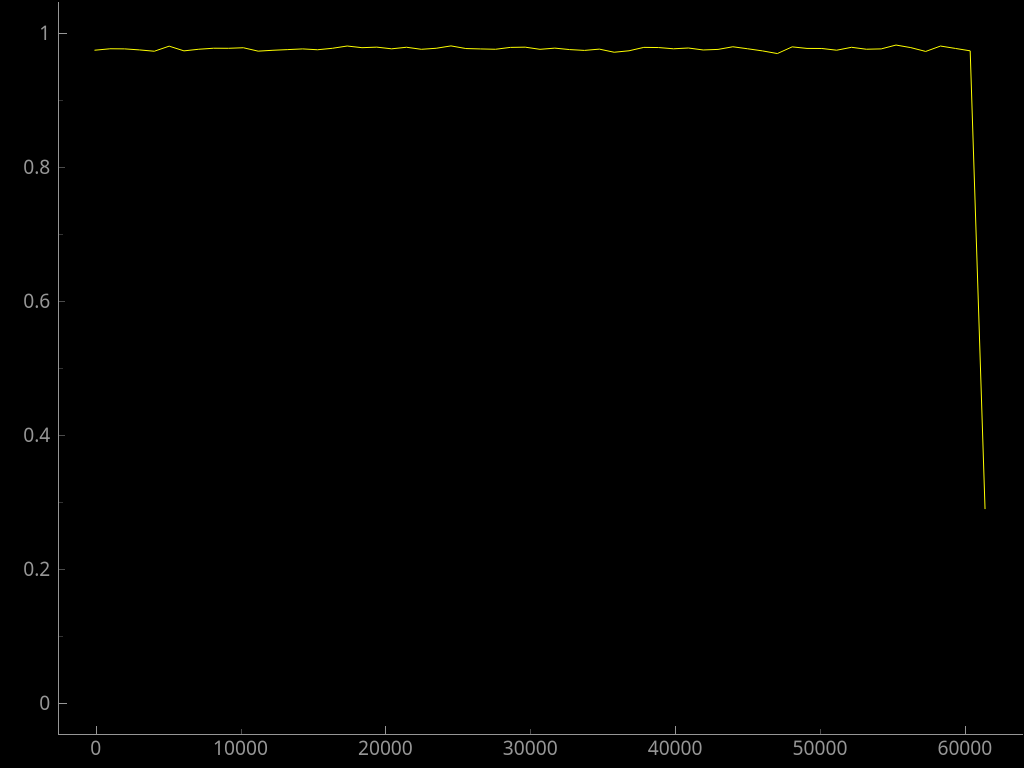 This plot above suggests the following:

Juxtaposition of visualizations of NGA_FW_CURRENT.BIN with the Linux utility ls using binvis.io supports the above suggestions.

Additional evidence indicating compression rather than encryption is the absence of encryption/decryption libraries and routines from the ARM ELF32 binary FWLoader, whose purpose is to load the device firmware during boot (see below).

Is NGA_FW_CURRENT.BIN a firmware image file?

The short answer is yes (probably).

The most direct evidence of this is found in the POSIX shell script S85_check_firmware in the system/rc3.d/ directory.

Here is the source code of S85_check_firmware:

When the .rodata section of FWLoader is analyzed, a clue is discovered almost immediately:

"Note: firmrware[sic] file must be prepended with version byte and 4 byte CRC as it appears in LBTest." (side note: on the download website for the authorizer.tar.gz that all of these files were extracted from, the version number was given as 37.3.3).

That basically gives it away. I'll post an update if/when I isolate the actual decompression code.

Not the answer you're looking for? Browse other questions tagged binary-analysis firmware decryption decompress or ask your own question.