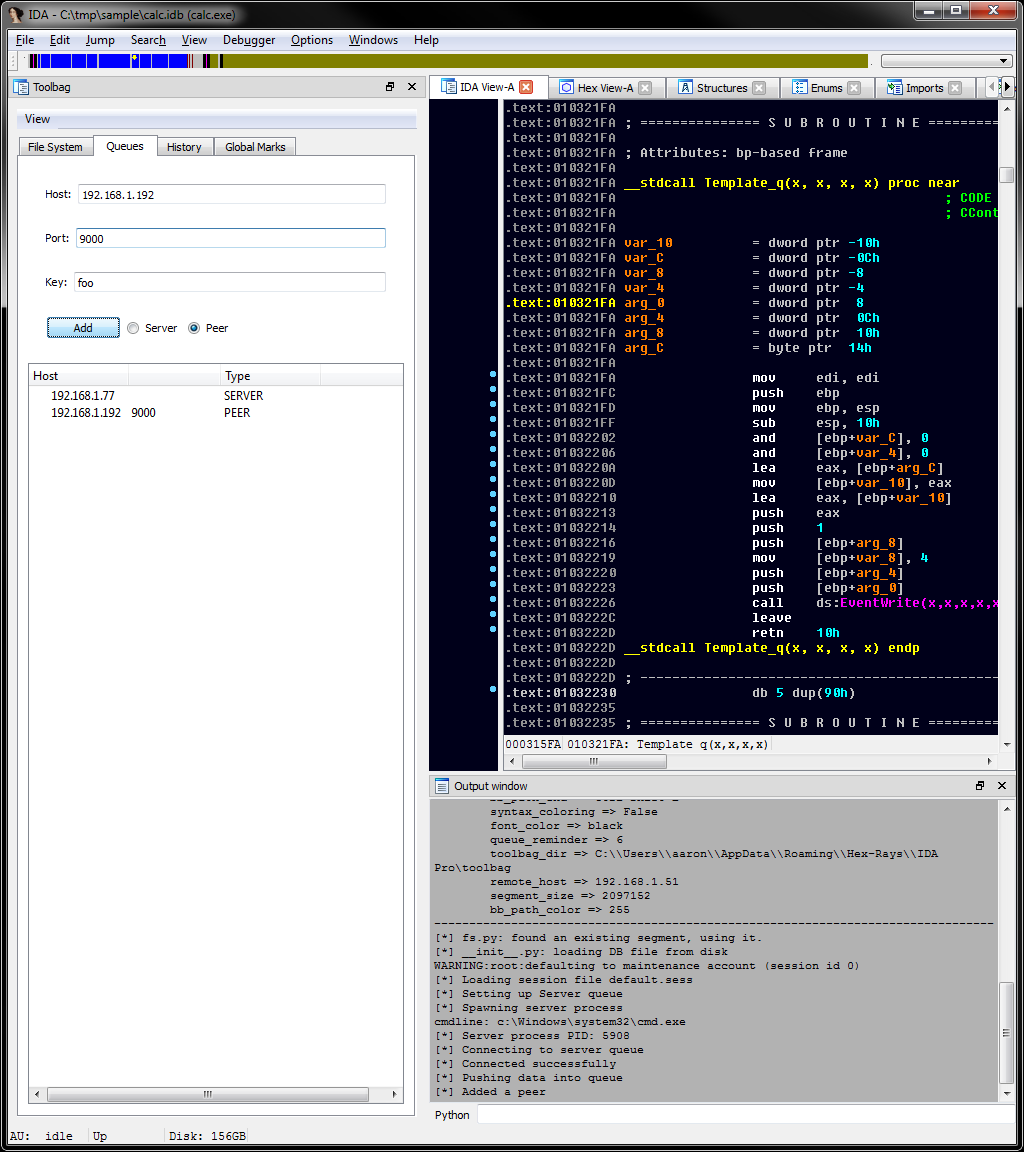 16
Is there an actively maintained collaboration plugin for IDA?
5
Reverse engineering in pairs - is it possible?
1
Generate a sig file from ELF executable

7
Available tools & techniques for locating sections of interest in a binary executable
27
Why are special tools required to ascertain the differences between two related binary code files?
22
What tools exist for excavating data structures from flat binary files?
1
Tools to find base64 strings in binary dumps
4
Are there any static binary rewriting tools？
3
Move twice, from and to the same location