To elaborate, I need help decompressing SCE (Sony Computer Entertainment) .pkg files. I've found several common patterns between multiple versions of the same file (released over the span of two years by Sony) using 010 Editor, but don't quite know what I'm looking at.

Here are the matches between two versions of 'package_data02.pkg', released two days apart: 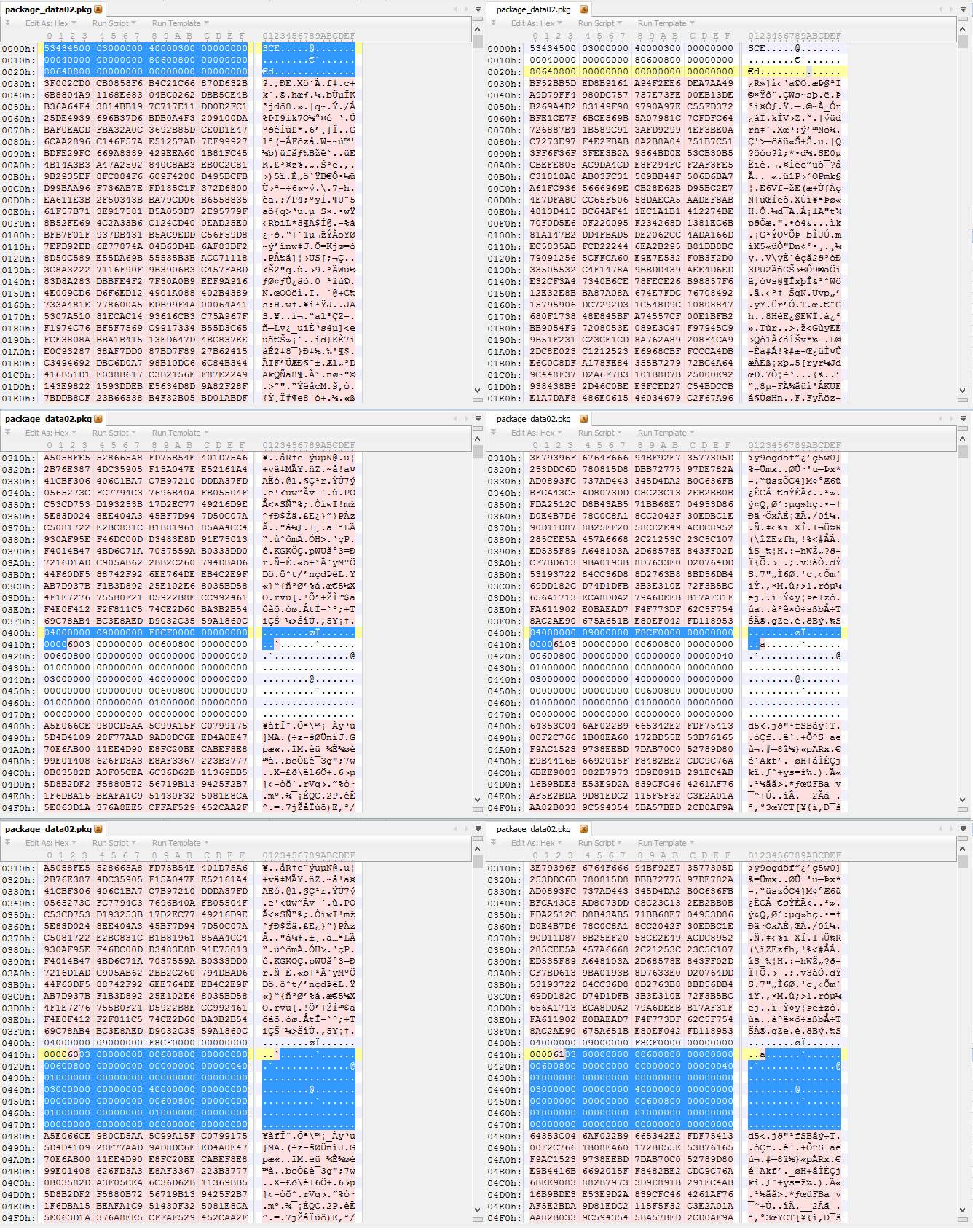 I've discerned that the matches are part of the file structure, as their starting address and depth are shared across all ~300 .pkg files that have been released over the past two years.

My question is this: can I use the information I've gathered so far to find a way to decompress the data in the .pkg? (If it helps, I'm hoping to find either an executable or .c source files)

About the originally posted question:

I originally was asking for a way to use the hex dumps to exploit my way through AES encryption, and later found out that not only were the .pkgs only compressed, but I also had access to the encryption keys. Oops...

Browse other questions tagged firmware file-format decompress binary-diagnosis or ask your own question.

5
Determining CRC algorithm (16 bit?) over RS-232
2
What kind of compression/obfuscation algorithm is this?
2
Techniques for reverse engineering an unknown or protected file format
7
Reverse engineering Earthsiege 2 3D model format
1
Find changes between two UEFI firmware versions?
1
How do I decompress a .astc file with an additional .ccz extension? How do I view .lta files?