This is a korean MMORPG released back in 2001. The game and the company no longer exists. I've been analyzing the file formats as a personal project for awhile now.

I have already decoded the textures and script files. I only have 2 more files left to decode: .ani and .obj. With the extensions, I would guess that the .ani contains the animation and .obj contains the 3d models. As the title of my question would suggest. I'm currently working on the .obj file.

.obj files are actually archives that contains one or more models. But exclusively 3D models (biped) because the textures are found on another archive with the extension .t16 or .tex.

I'll take the 22nd model inside the file def.obj as an example. I have also taken it out of the archive and saved it as a file called `def_022.obj. 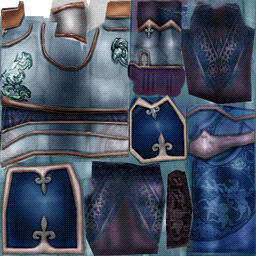 The Armor of Eagle in-game: 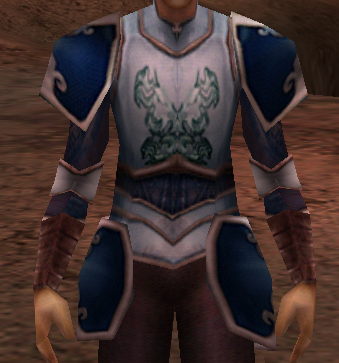 A def_inf.txt file has this related line:

In general, the structure of .obj is:

This is how the headers looks:

I was using the tool called hex2obj 0.24c but didn't have any luck in guessing the starting points of the vertices and uv list.

This is all considering that I just analyze the binary and not debug the client itself to see how the client is taking the data.

I noticed a few new things on the file I'm analyzing def_022.obj. A bytearray gets repeated a lot of times. Although, I'm still not sure of the significance YET. 00 00 80 3F is also the bytes that each model start with, which I thought was the chunk marker:

Based on the notes Mr @RadLexus has kindly provided. I was also able to plot the vertices and imported into blender: 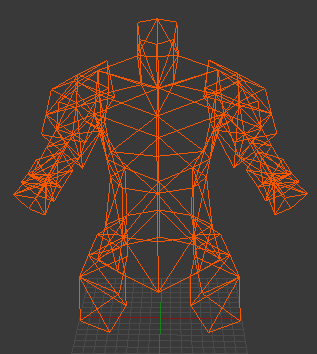 Added the normals and UV:

Then I tried adding the faces: 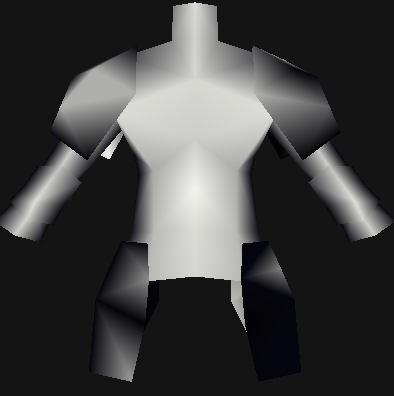 But still can't figure out how to apply the textures.

So I tried changing my .obj file to include a few more info about the face values like (just duplicated the value as x/x/x):

I finally got this: 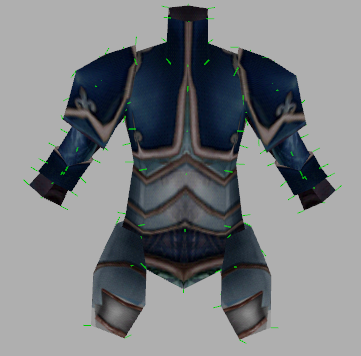 Although it's still wrong, I guess I'm a bit closer.

Have figured it out. Although, I still don't know what the unknown1 and unknown2 are but it looks good enough: 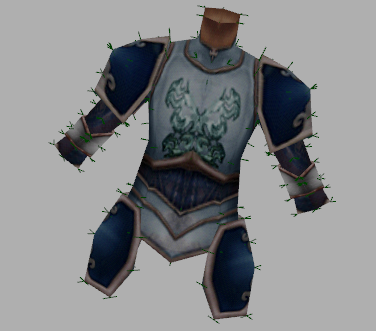 Note: I know almost nothing about 3D file formats. Other than the basic components of a 3D object.

Some preliminary notes only – may evolve into a complete answer.

My approach was the following. Clearly, the numbers at the end are floating point numbers. Also, they are not all floating point; the sequence 0C 00 00 00 a few bytes in is not a reasonable floating point number. Counting off to the next "unreasonable" value (which happened to be 0C 00 00 00 again, but there are other values as well) told me the stride of this data was 28 bytes. (Which is 40 in decimal, but for documentation I strongly prefer hex.) If you have a capable hex viewer of which you can adjust the view width, you can see that this is correct if you set its view width to 40 characters.

Counting back from the end in 40-byte steps gave me the most likely starting point of this sequence.

The digits right before it are clearly at least 2-byte (unsigned short), and sort of increase from the start to the end. As this is a 3D model, I had a strong hunch they form triangle data, so at least they should contain a, b, and c vertex indices, and possibly additional triangle attributes. This turned out, by trial and error, to be not the case. (The "trial and error" consisted of dumping them into a display program. As that worked straight away, further numerical investigations were unnecessary.)

Since this information is (1) enough to display an object, and (2) covers all of the data in the file apart from the few bytes at the start – which can be anything – I went on writing a full display program.

The next 2 bytes form the number 0016, which is in decimals 22. This could be the internal 'object number'.

Then, starting at 004C, 113h (313, in decimal) triangle definitions follow. A single triangle definition consists of 3 unsigned short indices a,b,c, which point to 3 coordinates. The largest index in this list is 0117, a significant number!

Right after this, 0118 3D points follow. Each 3D point has the following structure:

Affirming that the 3 normal_* variables indeed form a normal can be done by adding their squares together; they should hover around a value of 1.0. That is correct for the first hundred or so of these coordinates, up to 3 decimals of accuracy:

Adding up the sizes of all coordinate elements leads to a total size of 28 bytes (40, in decimal), and:

The significance of the 'highest index' in the triangle list is therefore proven :) They are indeed coordinate indices.

Where do these numbers 139h and 118h come from? They appear in the header part of the entire file!

Here is the proof that the first 3 elements are indeed x, y, and z. I plotted x and y only, with y inverted (negative towards the bottom of the screen). You can clearly recognize the 'body' part of your in-game image. 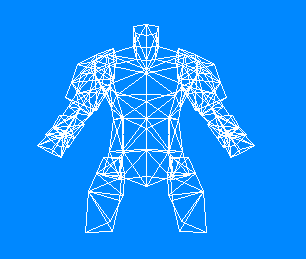 Not all coordinates are quite the same. The unknown_1 float value is 1.000 for the first 173 coordinates, then jumps to other values for the remainders. Similarly, the integer unknown_2 hovers between values from 4 to 43 for these, and then jumps to a much higher value. This needs some further investigation.

The u,v values can be mapped onto the source image directly. They are expressed in a floating point range from 0..1 so you need to multiply them by the source image's width and height. Here is an image of that: 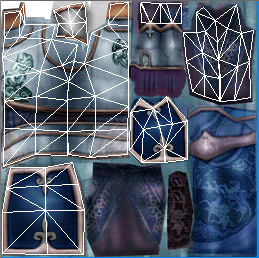 The unused parts of the image are presumably used by other 3D models.

Not the answer you're looking for? Browse other questions tagged binary-analysis file-format hex or ask your own question.

5
How to read these UV coordinates?
7
Reverse engineering Earthsiege 2 3D model format
3
Extracting textures from a file (Gamecube game)
0
Is it possible to indentify real file format from a 1995 file?
4
Understanding proprietary game texture/image format (.art)
1
Identifying the nature and contents of a file
2
Proprietary 3D Format Reverse Engineering: What Could These Numbers And Matrices Represent?