OllyDbg step over command not behaving exactly as the Immunity Debugger

I am taking Lena Reverse Engineering Tutorial and it uses OllyDbg debugger for its teaching.

In the first chapter, he shows the file in OllyDbg debugger and steps over through it "step by step" until it reaches the end of code.

However, it seems my OllyDbg is not behaving as expected for such command (and file) as once clicked the step over command it runs all the commands in a row without breaking.

Anyway, Immunity Debugger executes the step over command steadily for the same file.

So, what is the possible problem I am facing?

I am using the Lena's Ollydbg configuration file provided with the tutorial and its version is 1.10 running on a Windows 10 virtual machine. 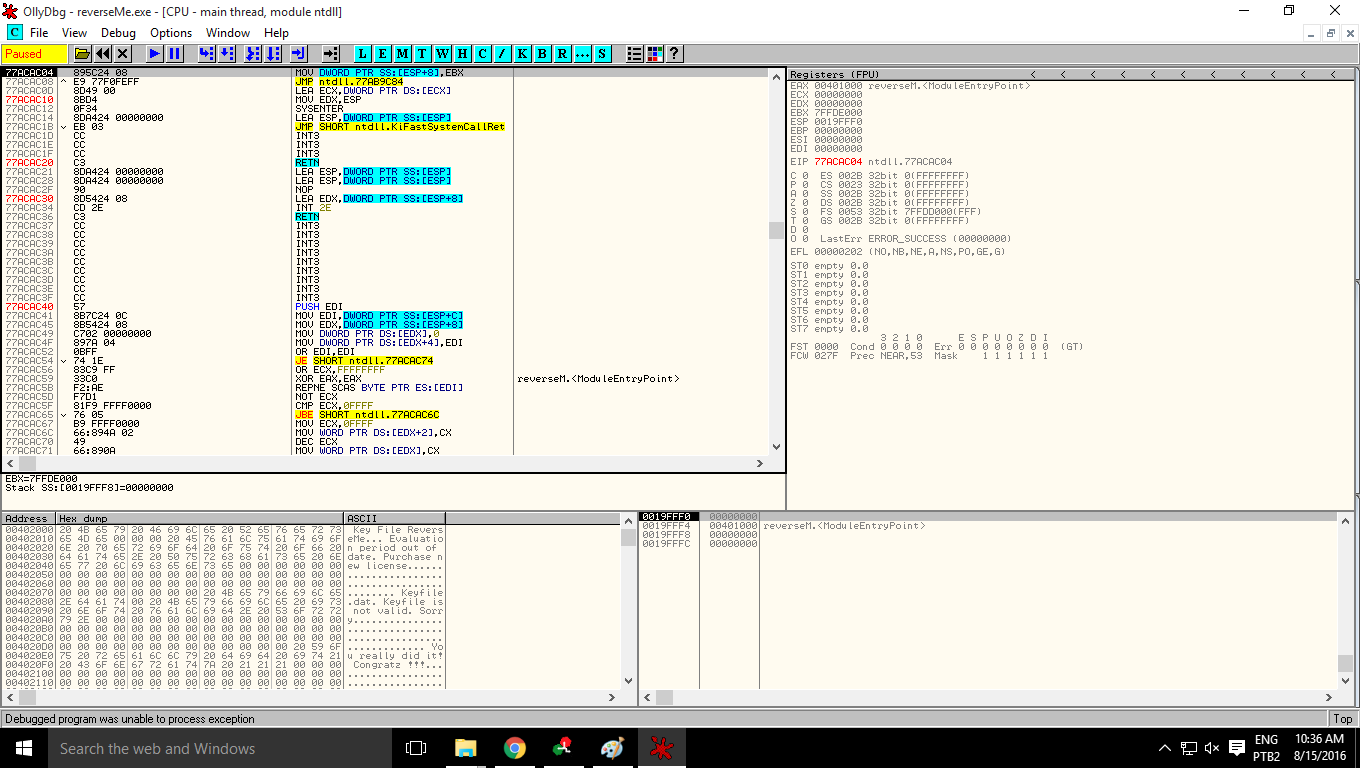 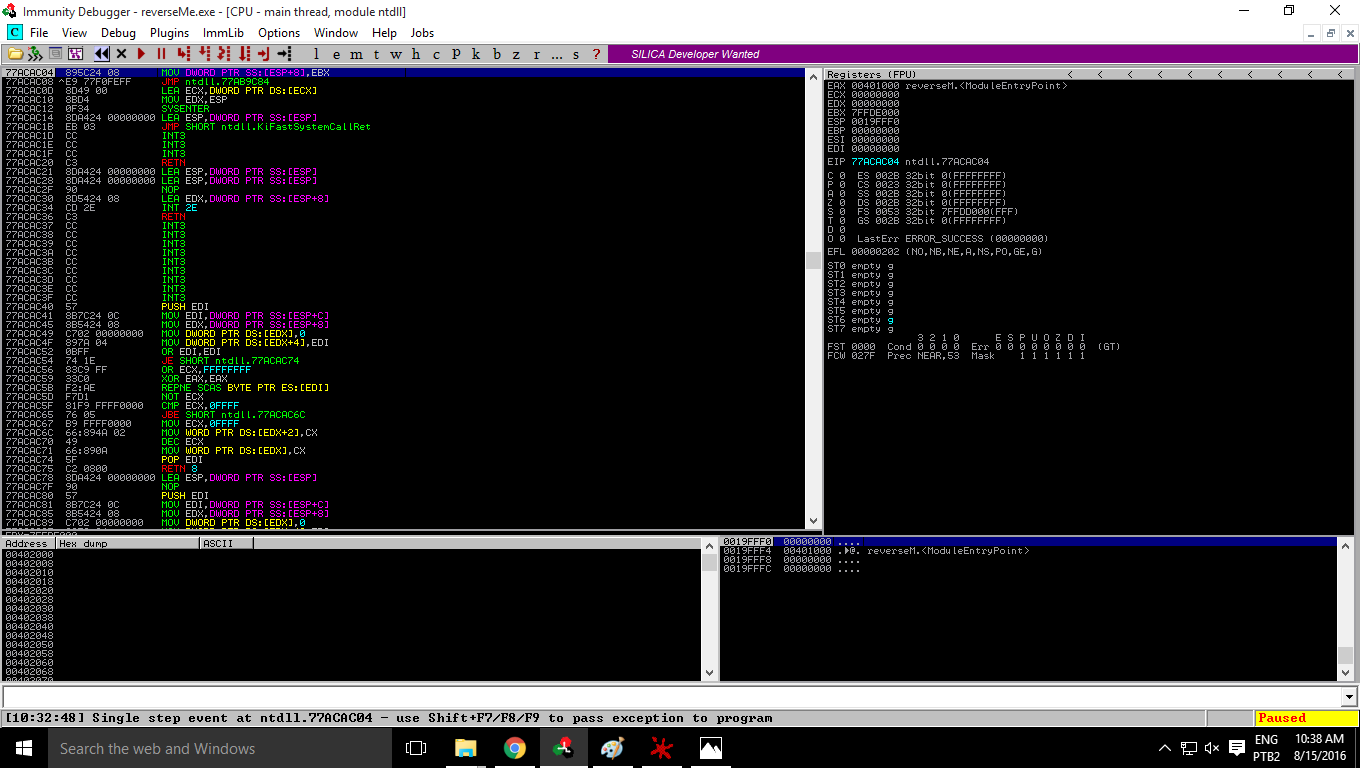