How to break on a clipboard operation in cmd.exe with IDA / WinDbg?

My goal is to see what's going on "under the hood" in the Windows command prompt when a user pastes text into it. So I loaded cmd.exe into IDA Pro that is set up in conjunction with the WinDbg debugger.

My initial guess was to put a breakpoint on OpenClipboard API which must be used to access clipboard, but it seems like cmd.exe doesn't even have a dependency on User32.dll (where OpenClipboard comes from):

So am I reading it correctly?

EDIT: You know, there's something other than deferred loading. I let the cmd.exe initialize and begin running, after which I suspended it. The loaded modules list still didn't have user32.dll:

and my deferred breakpoint didn't trigger upon clipboard operation either:

Could there be some other process that does all the "command line" logic?

EDIT 2: Just tried to attach to a running conhost.exe:

while IDA Pro was running as administrator and got this error:

EDIT 3: Just tried to attach to conhost.exe via just WinDbg itself and got this error. I'm not sure how NTSTATUS 0xC00000BB applies here: 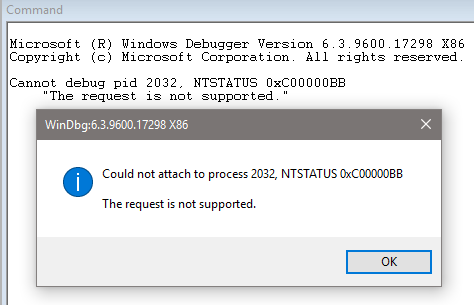 well if you cant attach with windbg then you have some other problem
uac / clamped down / policy / whatever // conhost.exe is attachable
(check if you are attaching to the correct conhost.exe there may be several some of them spawned by system user

on the paste operation 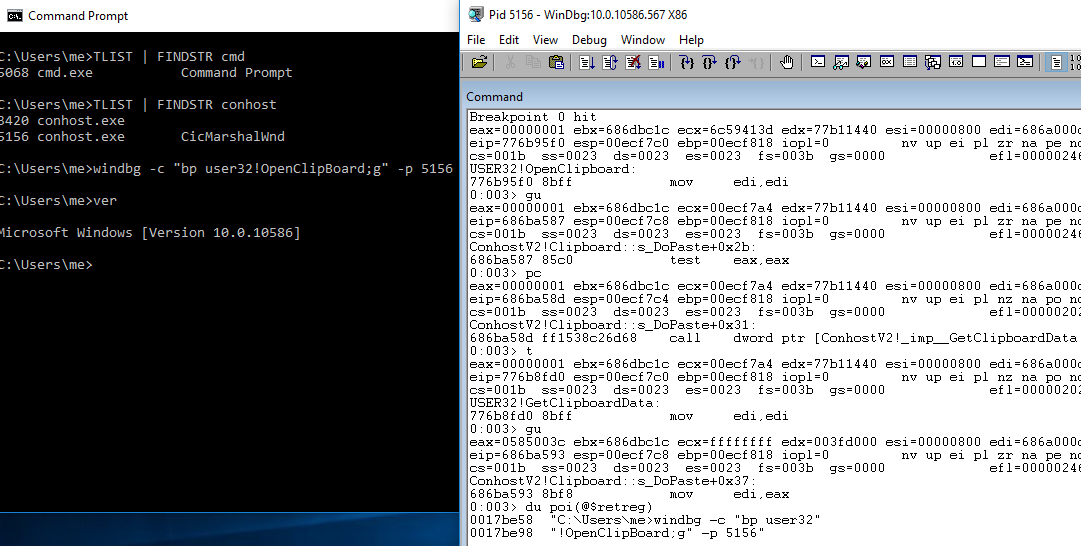 The actual console window is drawn and managed by conhost.exe, not cmd.exe. 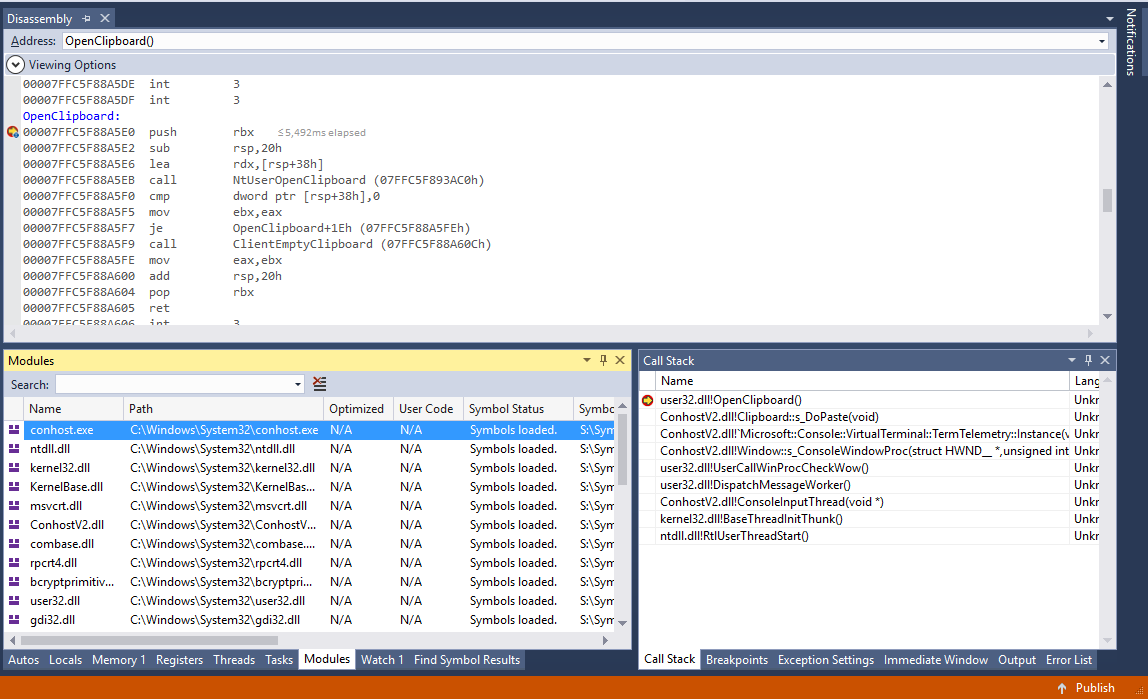 Not the answer you're looking for? Browse other questions tagged ida windows debugging windbg or ask your own question.