Is there a tool to scan for code / functions that can account for different compilers?

I have a library DLL and a program that uses the library (statically; the DLL is separate).

My goal is to find a bunch of the functions from the library in the program, but unfortunately, it looks like they were compiled with a different compiler / very different options, making hex scans unsuccessful. Those that I have found via strings / order are different in that the program has a push/pop ebp shell, often uses different registers, and sometimes uses different opcodes, but they accomplish the same thing in the end.

Are there any tools / techniques that could assist me with finding some of the other functions? In the DLL, of course, the functions are, for the most part, right next to each other, but in the program they are mixed, making it hard to find any functions that don't contain strings.

There are several tools that achieve this.

First, IDA has mechanisms to identify compiler (and compiler properties). That's not a main feature but might provide what you are looking for. Options -> Compiler... will open a dialog allowing you to manually set compiler related properties as well as use preconfigured defaults for certain widely used compilers.

If IDA identified the compiler being used, those values will be populated accordingly when the dialog is opened. 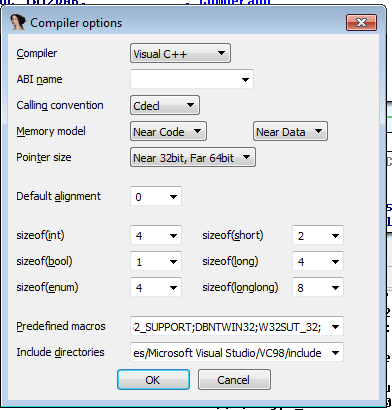 PEiD is one of the most widely known and used packer detection tools. It has multiple plugins and additional downloadable signatures. One of the features it (as many packer detectors) has is compiler identification. 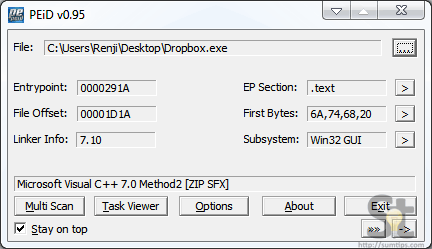 Detect It Easy (AKA DiE) is another very advanced packer detection with very good compiler detection signatures and algorithms. While PEiD felt a bit abandoned, DiE still gets developer attention. 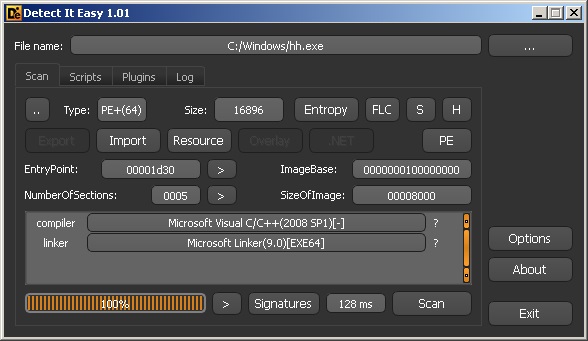 Unlike other tools mentioned here, Language 2000 is an old (but functional) tool built specifically for compiler detection. I've never used it but it is supposed to be good. 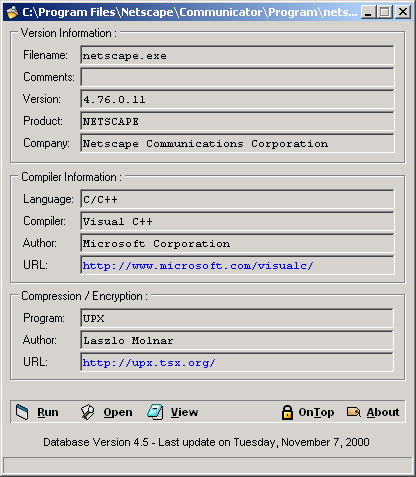 I think Sibyl could help you.

It is a function divination tool. The idea is to identify the side effects of functions. That way, identification is independent of the used implementation.

Not the answer you're looking for? Browse other questions tagged ida assembly disassemblers hex or ask your own question.

4
What ways is there for an application to detect that it has been modified?
2
Found a way to make any program run with the discrete Nvidia dGPU. But I need a little help to finish implementing the injection
2
Declaring block as a string in IDA
1
How to deal with code that change its address among different execution
1
IDA Pro Define Injected Code as DLL
5
Why do many imported functions jump to addresses that do not contain instructions?
0
Can we hook the Nt or Zw functions using IAT hooking, or just inline hooking?