What is the correct disassembly for ARM opcode E1F322D1?

I'm adapting the reko decompiler to use Capstone for its disassembler, instead of rolling my own. I'm using the .NET bindings provided by Capstone.NET.

The strategy is to replace the old ARM disassembler with the Capstone disassembler and then run the old unit tests to make sure nothing broke. I'm at a point where most test are passing, but the opcode E1F322D1, which both the old reko disassembler and ODA disassemble to:

But, Capstone responds with:

I don't have other disassemblers handy, so I'm uncertain who to trust!

IDA agrees with the first one:

Capstone might be trying to display something like #0x21, which would be equivalent, but it seems that something went wrong. 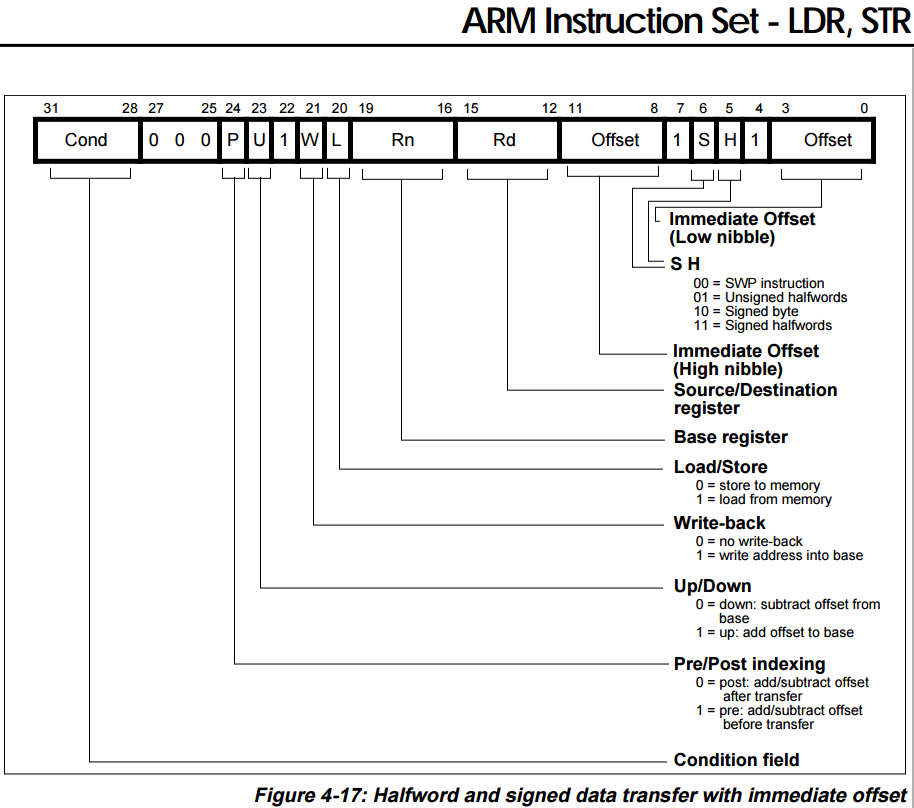 Your question is specific to the offset, so we can examine the last dozen bits of that binary string with regard to the decomposition rules in the screenshot above:

Not the answer you're looking for? Browse other questions tagged disassembly arm or ask your own question.

4
Is the output of the gcc compilers the same for all ARM platforms?
4
What do the following ARM instructions mean?
1
what does the imediate value of the BKPT opcode is being used for?
12
How to detect thumb mode in ARM disassembly?
4
Soundness of ARM disassembly
0
What is the correct disassembly for ARM7 opcode E1F120D1?
5
How can the problem posed for disassembly by the mixture of executable code and literal pools in ARM firmware be overcome?
1
Undefined instruction in Go binary compiled for ARM
0
Help in the process arm disassembly
1
What is the meaning of ARM LDAXR/STLXR instructions?